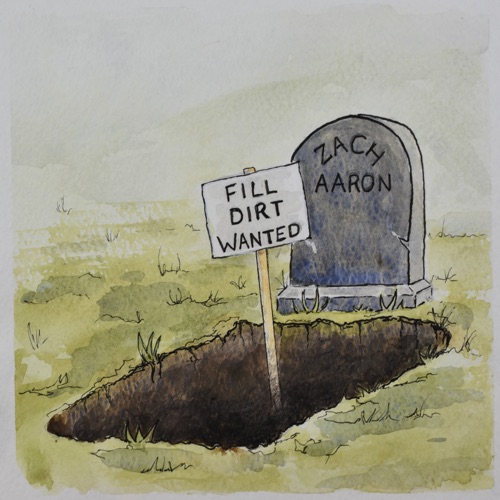 From the delicious black humour on the album sleeve to the 12 songs of down home rambles contained within, ‘Fill Dirt Wanted’, the third album from Texan Zach Aaron, is a delight from start to finish. Recorded in Oklahoma, the album finds Aaron seeking succour from that old Okie, Woody Guthrie while maintaining a fine Texas voice with songs reminiscent of Guy Clark, Willie Nelson and Terry Allen. Recorded live straight to tape with a small ensemble, there’s a vibrancy to the songs which range from humorous talking blues to songs addressing the human condition and its attendant woes. Throughout the album, Aaron shines, his voice honest and earnest, an engineer of the human soul.