Posted by Green on September 14, 2020
in folk, world
as Yorkston/Thorne/Khan 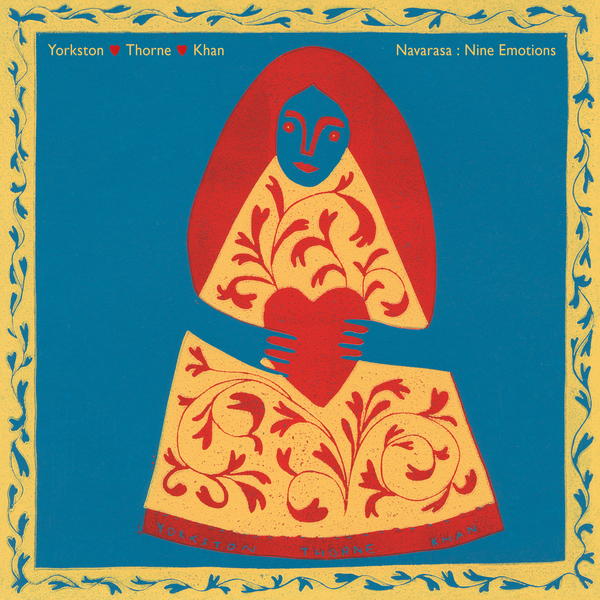 “At the heart of YTK’s transporting new album is the subcontinent’s navarasa; the nine (nava) emotions or sentiments (rasa) of the arts and each song on Yorkston / Thorne / Khan’s new album is connected to one of these emotions.

A bricolage of diverse cross-cultural elements is apparent across the trio’s creations. James Yorkston weaves in Scottish folk, sangster and literary strands. Jon Thorne is grounded in jazz and groove. What the New Delhi-based, eighth-generation hereditary musician Suhail Yusuf Khan brings to this feast of pulses and cycles is northern Indian classical, light classical (thumri, for example) and Sufi devotional musical and literary forms. What binds these diverse musical strands together is, in James’ phrase, “a dark happiness.”