Posted by Green on March 1, 2019
in blues, soul
as Willie Clayton 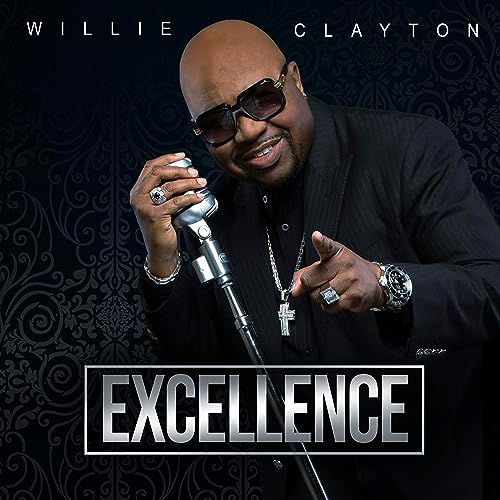 A gifted soul and blues singer and songwriter, Willie Clayton has been performing since the late ’60s. His reedy, thin, raw, whiskey-soaked voice melds the Southern gospel tradition with Chicago soul-blues, gritty Stax/Volt-styled funk and erotically charged urban R&B. From his earliest singles in the late ’60s and early ’70s (most produced by Willie Mitchell), Clayton established himself as an original, comfortable with virtually every style he took on. His 1984 single “Tell Me,” produced by General Crook in 1984, was a regional hit, but could be found on jukeboxes across the United States and in England. He scored again in 1989 with “Never Too Late” (as Will Clayton) for Polydor. But his greatest chart success began in the late ’90s when he released a string of albums that consistently landed on the Top Blues Albums lists including Something to Talk About (1998) and 2008’s My Tyme, that cross-charted (one of five of his full-lengths to do so) on both the Top Blues Albums and Top R&B/Hip Hop Albums charts. His 2009 album Love, Romance and Respect featured two back-to-back Top 25 Urban Adult Contemporary Airplay singles with “Dance the Nite Away” and “We Both Grown.” In 2017, he switched up and delivered the old-school Chicago soul-blues date Crossroad of the Blues while maintaining a near-constant performance schedule.