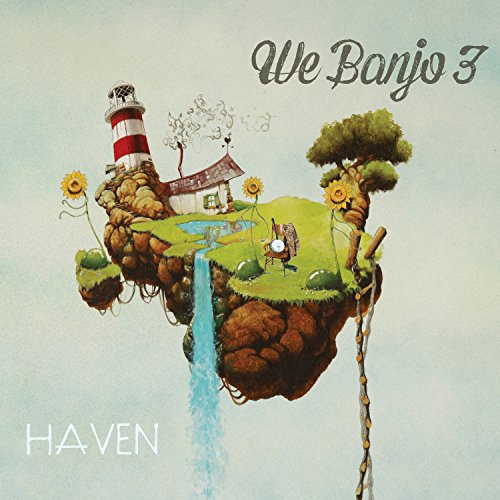 We Banjo 3, an award-winning band from Galway, Ireland, will release their fourth studio recording, Haven.

Featuring banjo, fiddle, mandolin, guitar, percussion and vocals, We Banjo 3’s sound is an infectious blend of traditional Irish Music with Americana, bluegrass, and a hint of pop, affectionately described as “Celtgrass.”

We Banjo 3 comprises two sets of brothers, Enda & Fergal Scahill and Martin & David Howley, who are among the most celebrated and distinguished musicians to come out of Ireland in recent years. Martin Howley is a 7-time “All Ireland” banjo and mandolin champion. Enda Scahill, an author on Irish banjo techniques, holds 4 “All Ireland” titles. Multi-instrumentalist Fergal Scahill is one of the most acclaimed fiddlers in Irish music, with a growing international reputation, and “All Ireland” titles on fiddle and bodhran. David Howley, with “All-Ireland” titles on guitar and banjo, is the group’s vocalist and guitarist known for his showmanship and deeply emotive vocals. Both Howleys now call Nashville home.