Posted by Thomas on May 17, 2022
in folk, singer-songwriter
as VanWyck 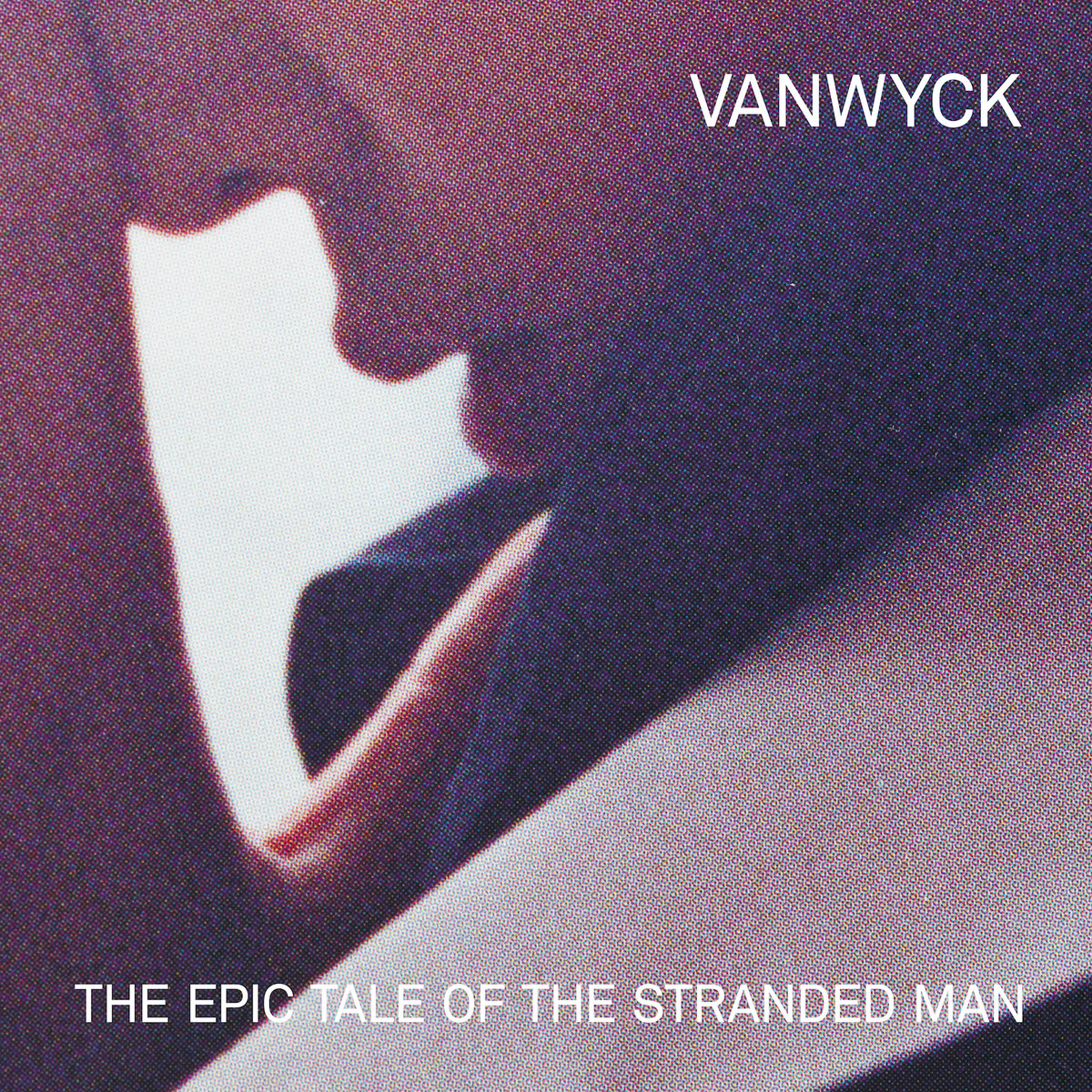 For VanWyck‘s fourth album, ‘The Epic Tale Of the Stranded Man’, is inspired by The Rime of the Ancient Mariner and Dante’s Divine Comedy, as well as the homeless older men of her inner-city. Under the influence and fighting imaginary demons, Amsterdam alt-folk singer songwriter Christine Oele takes a concept route with the songs telling the story of a man haunted by a dark past, unable to remember where he came from or whether he’s the victim or perpetrator (this was written before TV drama The Tourist), and a lonely woman who takes him to her cabin and tries to save him, but may have ulterior motives. Featuring Reyer Zwart on assorted guitars and keys, Rowin Tettero on drums along with a string quartet, framed by two numbers from the woman’s perspective, it opens with The Stranded Man setting up the story, the man (the muse) wounded and washed ashore on her island, as, accompanied by spare guitar and strings, she (the poet) whisperingly says “You don’t have to fear/I will stay here and watch over you always/I can heal you if you let me/If you trust me then lay down your guard/Let me undress you slowly/Let me find out what’s troubling your heart”. Her voice deepening, he responds “I laid down my gun/In my lady’s chamber/There was a knock on the door/But she was there before/Shut it with a bang/And told me/Go get the king/We’ll be going on soon/And the queen she is waiting….And that’s all I can remember”.

His voice takes over then, beginning with the slow walking beat of I Was Innocent, where, with JP Hoekstra on electric guitar, he protests his innocence but also acknowledges his misdeeds (“Blame my mother, blame my father, blame my coldhearted lover/But know that I was innocent/Didn’t want to steal/Didn’t mean to run/Didn’t pull the trigger/Didn’t hide the gun…you are guilty too/You have lied and you have lusted, you’ve misused and mistrusted… All I ever wanted was to save her/But I guess I lost myself/In the prison of our good intentions”).

She tells him tales of the island’s strange inhabitants, of girls that sell seaweed and vagrants that know the truth; these mingle in the fever dreams of his past as he descends into madness. Next up, with Hoekstra on acoustic, Maybe, Maybe Not, is a lighter, fingerpicked folksy track about being unable to move forward with your life (“Same old city streets/Same old stones on the pavement/Same old cracks in between/Maybe if I just keep on walking/Maybe if I don’t look back/Maybe if I leave it all behind/Maybe, or maybe not”). This gives way to the relentless walking bassline groove of the brooding PJ Harvey meets Suzanne Vega, The Havoc Wreaker, the spirit invading his dreams as the embodiment of the anxiety or fear that eats away at the soul or the addictions that can take us over (“She’ll nestle in your backroom/And sink her teeth in… She rides a silver chariot/Cracking an electric whip/Moves on down in your arteries/Tightening her ice-cold grip”).

Keyboards provide the foundation for Seaweed Seller, another of the island’s enigmatic characters, a blind seer whose seaweed, extending the drug metaphor, can provide bliss (“It slides down with velvet ease/Baby you just swallow and you’ll be free”) but comes with dangerous downsides (“be warned cause she don’t sugarcoat/They say once you’ve tasted of her produce/You will never ever be the same/You will feel your past slide from your shoulders/Leaving only future sins”).

When it seems he’s hit his lowest ebb, the title and lyric again furthering the release turned prison addiction metaphor, he sinks even further on The Dragon (“you thought you could ride the dragon…The dragon always wins…He will tear down all that you built up…He’ll make profit on your sorrow/He grows bigger on your grief/He will steal all your tomorrows/The dragon is a thief/And he knows that you are hurting/When he smiles behind your back/When he eats the light out of all your dreams”).

The turning point in the story comes with Ciceline, an oracle who tells the truth but, borrowing from Emily Dickinson’s poem, ‘Tell all the truth but tell it slant‘, bringing a moment of epiphany (“I hide in the light/And catch you when you least expect it”) who unfolds “all your lies/Cause what we tell ourselves/Ain’t what we need to hear”. The man then meets another seer in the Velvets-like slow walking The Smiling Prophet, a homeless vagrant (“I found him on the corner/A plastic bag at his feet/A red cloak wrapped around his shoulder/Offering his blessings for free”) who, in a crowd-friendly chorus (“Give me your hurt/Give me your pain/Give me your broken heart pieces/I’ll mend them again/It’s never too much/It’s never too late/You can always start over again”), offers another but different message about hope and healing, and second chances even if, for some reason, he addresses him as ‘girl’.

Self-forgiveness finally comes with the shimmering fingerpicking and strings of the Janis Ian (with a nod to Suzanne) shades of the dreamy and lovely Lola With The Light Eyes, the good spirit that sets you free and allows you to see the light once more (“She moves through the night sky/And finds you when you’re ready to go/She will wrap herself around you/Lift you up and bring you/To her boat in the harbour”) leading to The Way Out at which point, seeking an answer from a god atop a mountain, he has to make a choice about what road he wants to choose (“Are you looking for a fortune/Or do you want to be free”), to dive in or find a way out, that wisdom don’t come cheap (“did you bring that bag of gold/Or do you stand here empty handed/Do you plan to pay me with your soul/Shall I keep it with your good intentions”) and that it’s not about the answer but asking the right questions (“I can get you almost anything/But anything ain’t everything”).

It ends back with the woman, drawing on the traditional folk ballad form for the Cohen-styled seven-minute intimately sung and strings-caressed, My Baby Rides A Dark Horse in which, over eight verses, she recounts a three-day journey to a cave with the man, now seemingly her lover, where “he/Asked me to undress/And with my shirt he wiped off/An ancient wooden chest/Gleaming in the darkness/The stones gave off a light”, the song ending as they head back down the mountain, reach the border and, echoing the earlier image, finding a slanting tree, closing ambiguously with “My baby rides a dark horse/He lets her roam free” that could either be about how love is not about control or giving in to your self-destructive urges. A major work that clearly, like the ancient epics on which it draws, serves as a cautionary mirror to society, it’s a stunning creation and surely, at some point, demands a dramatic multi-media staging.