Posted by Green on March 8, 2021
in Discography, folk-rock, soul
as Van Morrison 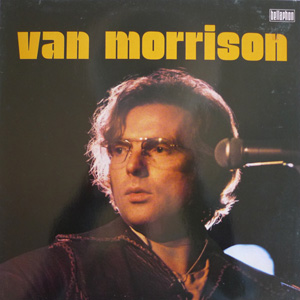 Sir George Ivan “Van” Morrison OBE (born 31 August 1945) is a Northern Irish singer-songwriter, instrumentalist and record producer. His professional career began as a teenager in the late 1950s, playing a variety of instruments including guitar, harmonica, keyboards and saxophone for various Irish showbands, covering the popular hits of that time. Van Morrison rose to prominence in the mid-1960s as the lead singer of the Northern Irish R&B and rock band, Them, with whom he recorded the garage band classic “Gloria”. His solo career began in 1967, under the pop-hit orientated guidance of Bert Berns with the release of the hit single “Brown Eyed Girl”. After Berns’s death, Warner Bros. Records bought out his contract and allowed him three sessions to record Astral Weeks (1968).Though this album gradually garnered high praise, it was initially a poor seller.