Posted by Green on January 28, 2020
in blues, rock
as Various Artists 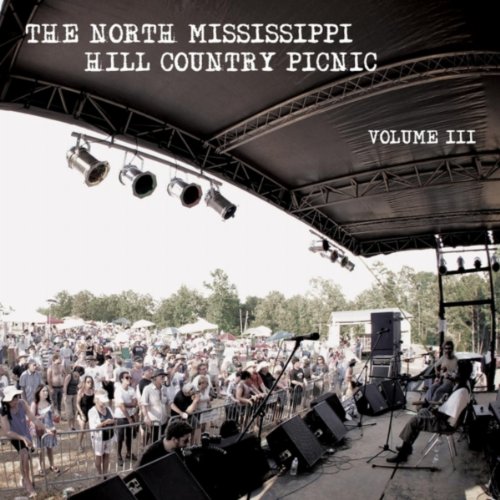 The festival demonstrated the vitality of the contemporary blues scene in North Mississippi. Potts Camp is located off of Route 78, about halfway between Memphis and Tupelo.
The festival celebrates the legacies of departed North Mississippi blues legends including R.L. Burnside, Junior Kimbrough, and Othar Turner. The festival features many of their children and grandchildren. These include Duwayne Burnside, and his band the Mississippi Mafia; the Burnside Exploration, featuring Garry Burnside; David Kimbrough; the Rising Star Fife and Drum Band, led by Othar Turner’s 17-year-old granddaughter Sharde Thomas.
Other second generation acts returning to the event include Kenny Brown, R.L. Burnside’s longtime guitarist and adopted son and the Reverend John Wilkins, son of pre-WWII recording artist Robert Wilkins, whose song Prodigal Son was covered by the Rolling Stones. Also returning to the festival are Jimbo Mathus and Knockdown South, T-Model Ford, and Cary Hudson with Blue Mountain.
Additions this year include the North Mississippi Allstars, whose leader Luther Dickinson grew up listening to R.L. Burnside and attending Othar Turner’s fife and drum picnics, Alvin Youngblood Hart, and Danny Lancaster.
Potts Camp resident Kenny Brown, who has been playing Hill Country blues since he was a young boy with artists including Mississippi Joe Callicott and Johnny Woods, conceived the festival. The original idea for this thing was to get all the Hill Country acts we could together at one time here in North Mississippi, says Brown. know from first hand experience how popular the music is all over the world, but we previously didn’t have an opportunity to celebrate our shared heritage here on our home turf.