Posted by Green on November 25, 2020
in folk, folk-rock
as Various Artists 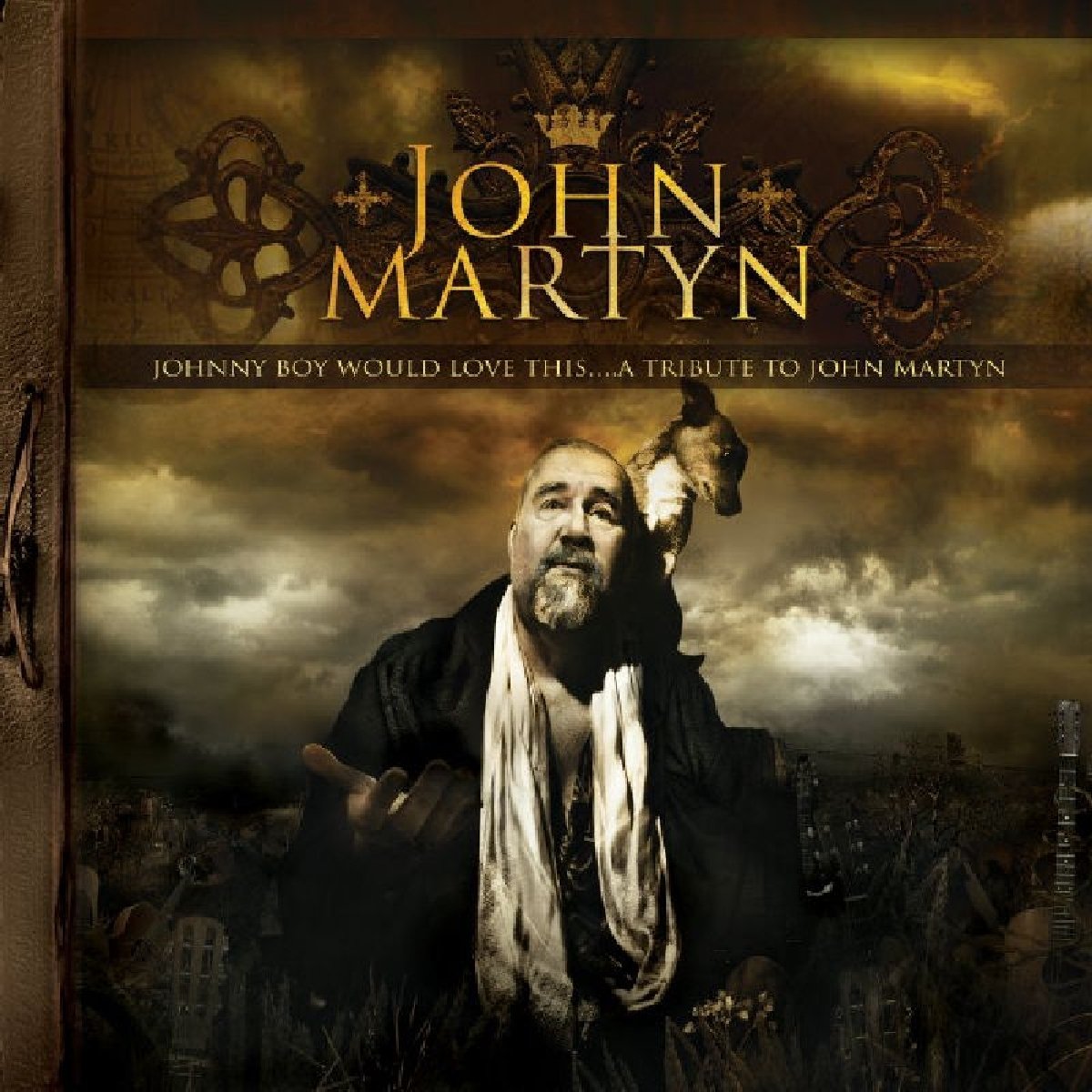 With the release of Heaven and Earth (Hole in the Rain, 2011), it seems that the world has heard the last of John Martyn, who passed away in 2009 a few months shy of his 61st birthday. This most personal of singer/songwriters has left a remarkable legacy, and while Johnny Boy Would Love This…A Tribute to John Martyn covers 30 of his best songs, it still doesn’t hit all of them, speaking to a rare prolificacy in Martyn’s first two decades as a recording artist. And while there are some hidden gems amidst this double-disc, 125-minute set, it’s the enduring familiarity of these songs that’s most remarkable.

There’s little doubt that Martyn truly would love to see his music stretched beyond his own broad purview, which ranged from early days as a committed folkie with jazz tinges, to mid-period pop complexions in collaboration with bigger stars like Phil Collins and Eric Clapton (all of whom expressed admiration and awe)…even into the area of programmed, hip hop-informed chillout music. Martyn revisited and reinvented his own material often, with “Couldn’t Love You More” ranging from the vibe-accompanied folk reading on One World (Island, 1977) and poppier approach of the Collins-produced Glorious Fool (Warner Bros., 1981) to a sax-driven, near-smooth jazz take on the controversial (and unauthorized), same-titled 1992 Permanent Records release. But none of them approach Lisa Hannigan’s fragile, harmonium-accompanied version. And while it’s hard to match the sheer heartbreak of Martyn singing “Hurt in Your Heart,” from Grace & Danger (Island, 1980), supported by his signature, echo-laden electric guitar, Judie Tzuke’s more backbeat-driven take manages to retain its vein-opened vulnerability.

The tribute reaches right back to the opening track of Martyn’s 1968 Island debut, London Conversation, with Bombay Bicycle Club retaining the acoustic innocence of “Fairytale Lullaby” while fleshing it out to include harmony vocals and spare percussion. “Rope Soul’d,” a lesser-known track from 1984’s drum-programmed Sapphire (Island), is stretched by The Blackships to over seven minutes, combining contemporary and retro feels in ways Martyn would undoubtedly have approved.

A few heavy-hitters show up, including Beck’s mellotron-bolstered version of the title track to 1970’s Stormbringer (Island), while Collins closes the set with “Tearing and Breaking,” a tune he co-wrote with Martyn for his 2004 compilation, Love Songs: A Compilation…Old and New (Atlantic). But some of the best material comes from lesser-knowns, like Chicago’s Oh My God, delivering a grittily funky version of Martyn’s live showstopper, “John Wayne,” or Scotland’s Paolo Nutini soulful reading of the title track to 1977’s One World (Island), belying his young age.

Martyn’s discography will, no doubt, continue to receive Deluxe treatments as unreleased material is unearthed, but Johnny Boy Would Love This brings him to a younger demographic of artists alongside more established performers like Beth Orton and Joe Bonamassa, all proving the enduring resonance of his work. Just as Island Records label mate Nick Drake has enjoyed considerable cult success decades after committing suicide in 1974, Martyn deserves similar consideration, and Johnny Boy Would Love This could well be the breakthrough that inspires others to look at his rich, varied and often heartbreaking body of work.