Posted by Green on March 2, 2020
in Discography, progressive rock
as Utopia 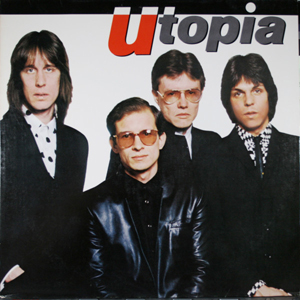 Utopia is an American rock band formed in 1973 by Todd Rundgren. During its first three years, the group was a progressive rock band with a somewhat fluid membership known as Todd Rundgren’s Utopia. Most of the members in this early incarnation also played on Rundgren’s solo albums of the period up to 1975. By 1976, the group was known simply as Utopia and was a stable quartet of Todd Rundgren, Kasim Sulton, Roger Powell and John “Willie” Wilcox. This version of the group gradually abandoned prog-rock for straightforward rock and pop.