Posted by Green on April 6, 2020
in roots rock
as Tony Joe White 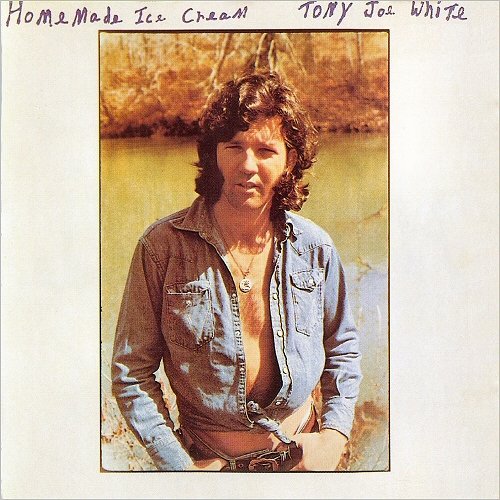 This 1973 album features one of Tony Joe’s most beautiful and moving breaking up songs with “For Ol’ Time Sake”, in which you can feel the pain and the need of the one that’s just been left behind, and the killer instrumental title track. There’s the ballad, “Ol’ Mother Earth”, but it’s the last track which blows in like a cold breeze off a lake. “Did Somebody Make A Fool Out Of You” is among his best ever examples of songwriting, singing and guitar playing. The centerpiece of the tune is an acoustic guitar solo that has never lost its power and depth. Co-produced by White and legendary Atlantic producer Tom Dowd ‘Home Made Ice Cream’ is very much a back porch acoustic affair and it’s “Swampy”.