Posted by Green on July 4, 2021
in rock
as Tom Petty & The Heartbreakers 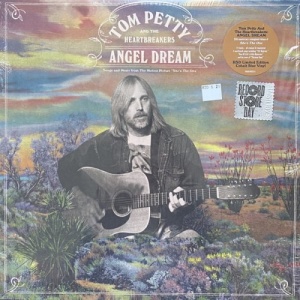 To celebrate the 25th anniversary of the release of She’s The One, the album has been re-imagined as Angel Dream – and is the final chapter of the audio releases relating to Petty’s masterpiece Wildflowers. The original release of She’s The One included several songs that were written during the Wildflowers period, but were not selected for inclusion on that album. The recent release of Wildflowers and All The Rest included these songs, and therefore they are not duplicated here. In their place, four previously unreleased songs (also written during this period) are added to this album: two Petty original songs (“105 Degrees” and “One of Life’s Little Mysteries”), a cover of JJ Cale’s “Thirteen Days,” and the Petty- penned instrumental “French Disconnection.” Additionally, the album features an extended version of “Supernatural Radio.” All tracks have been remixed by Ryan Ulyate and remastered by Chris Bellman at Bernie Grundman Mastering. Brand new cover art was commissioned to emphasize the album as a Tom Petty & The Heartbreakers release, rather than a soundtrack album.