Posted by Green on June 1, 2019
in folk, singer-songwriter
as Tom Paxton 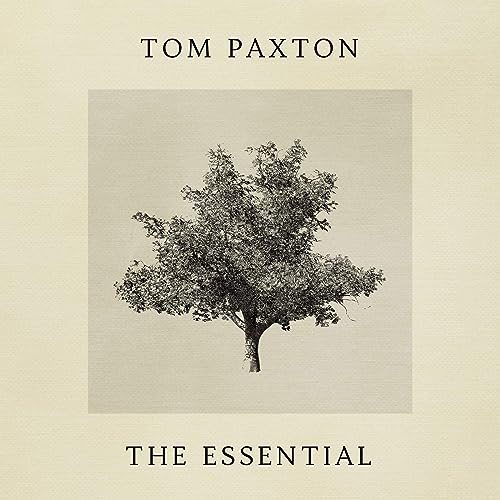 Tom Paxton has proven to be one of the most durable of the singer/songwriters to emerge from the Greenwich Village folk revival scene of the early ’60s. In some ways, he had more in common with the late-’50s generation of folksingers such as Dave Van Ronk (who was 16 months his senior) and even older performers than with the new crop of singer/songwriters with whom he tended to be associated, such as Bob Dylan and Phil Ochs (both of whom were several years his junior). But like Dylan and Ochs, and unlike Van Ronk, Paxton was a songwriter caught up in the left-wing political movements of the time and inspired to compose topical and protest songs. In general, his tended to be more lighthearted than theirs (the musical satirist Tom Lehrer was at least as much of an influence on him as Woody Guthrie), though he could be just as witty and just as harshly critical of his opponents. Like such mentors as Pete Seeger, and unlike Dylan, he never cared to make much of a transition to the mainstream, never picked up an electric guitar and tried to play rock & roll. (None of his many albums ever reached the Top 100, and he never scored a chart single as a recording artist.) Nor did he burn out in the ’70s like Ochs. Instead, he kept on, year in and year out, writing and singing songs that commented, often humorously, on the state of the body politic. He also contributed more than a few love songs, some songs of joyous celebration, and especially later in his career, many children’s songs. In fact, his biggest successes as a songwriter, the songs that became hits for others and were covered over and over, proving to be his most valuable copyrights, fit into these respective categories: “The Last Thing on My Mind” (by far his most popular work), “Bottle of Wine,” and “The Marvelous Toy.” But other artists were also attracted to such socially conscious compositions as “What Did You Learn in School Today?” and “Whose Garden Was This?,” as well as reflective, melancholy songs like “Ramblin’ Boy” and “I Can’t Help But Wonder Where I’m Bound.”