Posted by Green on January 31, 2020
in blues
as Thorbjorn Risager & The Black Tornado 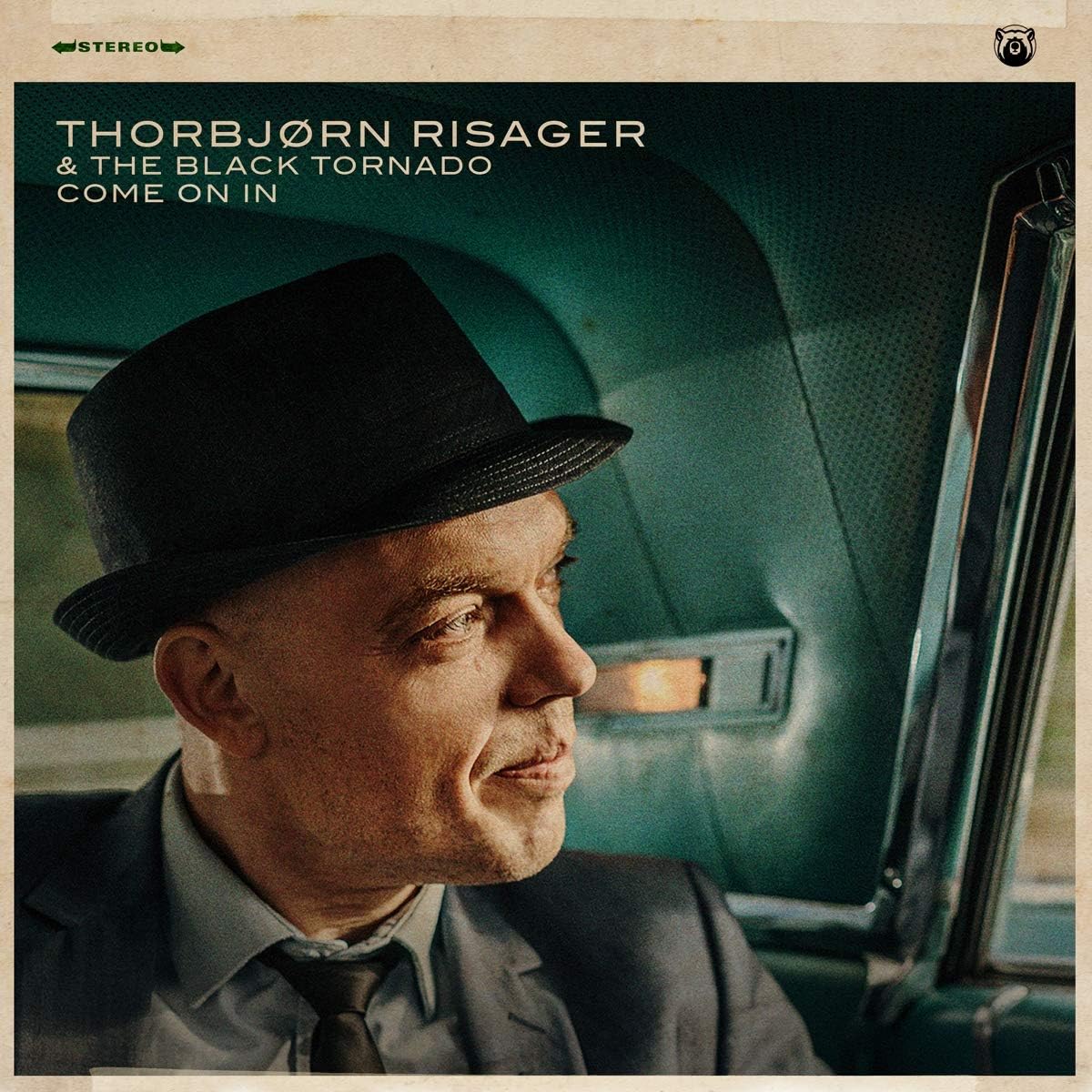 The popular and award-winning orchestra, Thorbjørn Risager & The Black Tornado, brings forth a new album via Ruf Records on January 31, 2020. The intensity is intact, but there is also room for new streaks of melancholy. Through more than 1,000 concerts in 21 different countries, the hard-swinging, critically acclaimed ensemble makes people smile and dance. For that is what the blues is capable of, grooving away life’s problems. On this, his 10th album, frontman Thorbjørn Risager knows this better than most, tackling complex topics from own age to political reality.

In this way, the title Come on In, symbolizes everything that Thorbjørn Risager & The Black Tornado stand for. Thorbjørn explains: “Some people think the blues is sad because it’s named after the color of the melancholy and has its roots in music played by the slaves in the United States. But you have to remember that this was music that people gathered around when they were trying to relax from their hardships. It emerged in festive situations and was meant to be danced to. I would like to help lift that tradition: To try to ease your problems through music, and then go home with a smile on your lips.”

Presently, the band still work in the same way as when they began. Thorbjørn Risager sits at home with his acoustic guitar and creates the core of the song before they enter the studio, where everyone offers beats, bass lines, horn parts, backup vocals and fills. All that provides the Black Tornado with a sound that evokes a feeling of the elements raging around Risager’s voice.

Their open-minded and innovative approach to the blues adds elements to the songs from genres like funk, gospel, soul and rock ‘n’ roll. It all depends on the feeling and the direction of the song. One of the significant nuances of the new album is its axis of melancholic songs with acoustic guitar. It has instinctively arisen because the blues now reflects where Risager stands in life.

“The blues is my outlet. And this time, I’ve written some songs about having doubts about whether I’m the right place in my life. However, there is something fundamental in my songwriting that seeks the light. Which is about clenching your teeth together, saying, ‘I’ll just keep moving on’.”

Some orchestras break through and fade out. Others give up if the breakthrough doesn’t immediately show up. And then there are those for whom it is a matter of life and death to play music, steadily gaining popularity by keeping the standards high year after year. Thorbjørn Risager & The Black Tornado belong to the latter category. Quietly, both in Denmark and abroad, there is a growing awareness of their explosive concerts, in which guitar, bass, drums, organ and horns surround Risager’s powerful vocals – reviewers have drawn parallels to both Ray Charles and Joe Cocker.