The Wild Feathers – Greetings from the Neon Frontier (2018)

Posted by Green on June 28, 2018
in country, southerrn rock
as The Wild Feathers 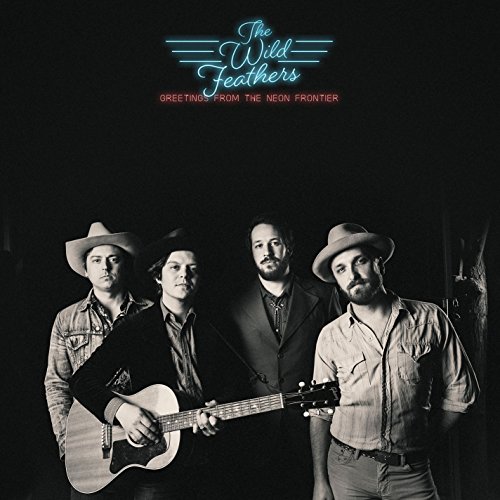 The Wild Feathers will return with Greetings From the Neon Frontier, which finds the band embracing their more countrified influences, while retaining the heavy harmonies, gritty guitar playing, and smart, tight songwriting that brought them to prominence. The upcoming album reunites The Wild Feathers with award-winning producer Jay Joyce, who oversaw the group’s 2013 self-titled debut and 2016’s Lonely Is a Lifetime, and is available for pre-order here.

“It feels like every mile we’ve traveled and every show we’ve played has led up to this album,” said singer-guitarist Ricky Young. “It’s truly the most honest and reflective collection of songs we’ve ever created.”

Members Young, Joel King, Taylor Burns and Ben Dumas, offered a first taste of Greetings From the Neon Frontier earlier this month with the release of the record’s lead single “Big Sky” and itsofficial music video. Currently featured as a “Highway Find” on SiriusXM’s The Highway, the tune’s breezy country rock earned acclaim from Rolling Stone, who called it “an amplified tribute to the joys of unplugging oneself from everyday life and, instead, chasing down some wide open spaces,” and The Boot, who praised its “near-instantaneous calming effect.”