The Whiskey Treaty Roadshow – Band Together (2020)

Posted by Green on February 12, 2020
in americana
as The Whiskey Treaty Roadshow 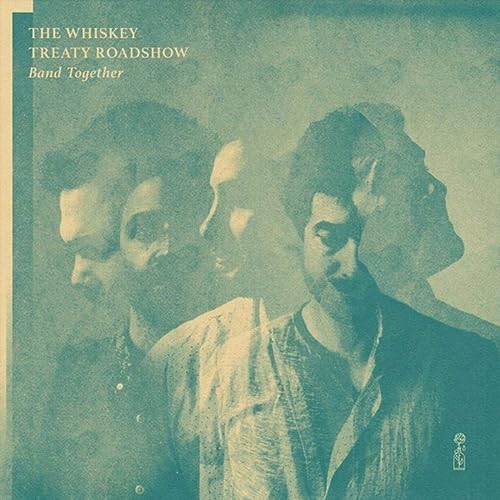 The Whiskey Treaty debut album is a testament to a band that’s stayed together through life’s various stages. Produced by singer/songwriter Johnny Irion, the record features a stunning cast of back up musicians including folk legend Arlo Guthrie and a rhythm section of Pat Sansone (Wilco/The Autumn Defense) and Steve Gorman (the Black Crowes/Trigger Hippy).

Recorded to tape using a vintage Studer mixing console hoofed cross country by Irion from Jackson Browne’s LA studio, the album has the fingerprints of legends all over it. While their aesthetic and inspiration may draw from the masters of the form (James Taylor, Bob Dylan, Paul Simon), the band’s topical songwriting is rooted firmly in the issues of the present. You can hear it in Tory Hanna’s footstomping ode to those who rose up at Standing Rock (“Cross My Land”) and in Billy Keane’s powerful affirmation of the Women’s March (“Hey Lady”). The band has the impressive ability to make its message known while never overstepping into pandering melodrama.