The Watersons & Waterson:Carthy – An Introduction To (2018)

Posted by Green on March 29, 2018
in british folk
as The Watersons & Waterson:Carthy 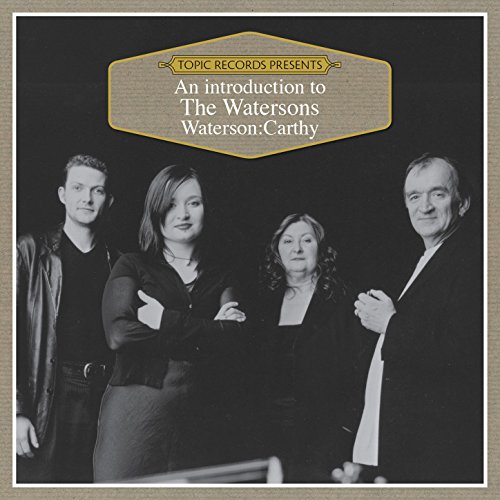 The Watersons were the single most important and influential group of the folk revival in the 60’s, this 15 track overview spans over forty years, from the original group’s ‘Three Score and Ten’, recorded in 1964 for the Topic sampler New Voices, through to ‘Jacobstowe Wassail’, recorded by Waterson:Carthy in 2006.

The Watersons created a near devotional sound which in atmospheric, intimate folk clubs was as thrilling as rock ‘n’ roll to attendees. The Watersons repertoire and power of performance was as singular as ever but a much more closely guarded secret. “Folk clubs had an audience of millions”.

Green Fields was the final Watersons’ album in 1981 but they continued touring. Lal and Mike retired from the road ten years later although they continued to record individual projects and tracks like ‘The Wealthy Squire’ is from Lal and Norma’s A True Hearted Girl LP featuring Lal’s daughter Maria who also sings on Mike’s self-titled debut album, represented here by the track ‘The Light Dragoon’.

Another delight from this release is ‘Once In A Blue Moon’, written by Lal, and sung by Norma. It was recorded for the first time on Mysterious Day, the debut album by Lal’s son Oliver Knight. Waterson:Carthy bring this collection to a fitting close with ‘Goodbye, Fare Thee Well’.