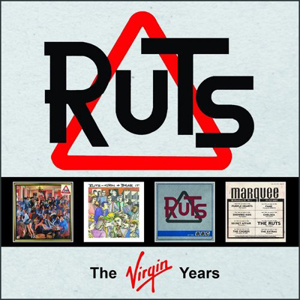 This is a 73 track set featuring pretty much all the band recorded during their time with Virgin Records. Includes the hit singles “Babylon’s Burning” (#7), “Something That I Said” (#29), “Staring At The Rude Boys” (#22) and “West One (Sine On Me)” (#43). Disc 1 has the #16 charting debut LP The Crack bolstered by six non LP bonus tracks. Disc 2 features the Top 30 Grin N Bear It odds n sods LP which now comes with two bonus tracks plus previously unreleased BBC Radio 1 Kid Jensen session that is something of a “Holy Grail” amongst Punk collectors. The third disc comes with three John Peel sessions plus a lively nine track BBC In Concert show from 1979. The fourth disc is a warts n all show from The Marquee in July 1979, never before officially released and capturing the band at their “in yer face” confrontational best. Packaged in a clam shell box with a 20 page booklet featuring detailed liner notes by Roland Link who has just published the bands biography Love In Vain.