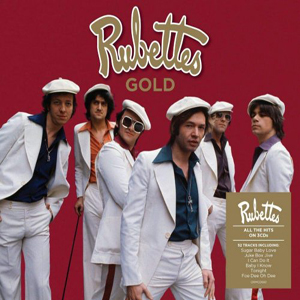 Formed in 1973 in England, the Rubettes were originally organized as a session outfit by Wayne Bickerton of Polydor A&R. Inspired by the successes of Sha Na Na, Mud, and Showaddywaddy, they combined glam rock presentation (red and white suits with matching caps) with a rock & roll revival sound. Their first release, 1974’s “Sugar Baby Love,” was an instant smash, remaining at number one in England for five weeks while denting the U.S. charts at number 37 in August, and remains their best-known record. Subsequent releases would be less successful, but the band soldiered on and continued to tour on the nostalgia circuit well into the 2000s.