Posted by Green on November 29, 2020
in rock
as The Rolling Stones 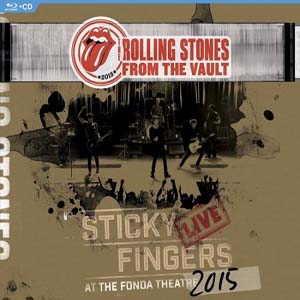 In May 2015 at the intimate Fonda Theatre in Hollywood, California, the band performed the entire Sticky Fingers album live in concert for the first and so far only time in their career. The show celebrated the reissue of the Sticky Fingers album and was the opening night of The Rolling Stones Zip Code Tour of North America that would run over the next two months. The Blu-ray includes interviews with the band members intercut with full length performances.