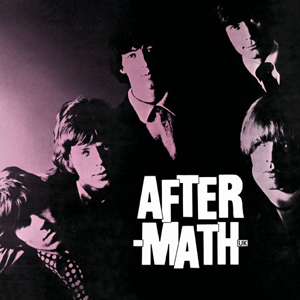 Aftermath, released in April 1966 by Decca Records, is the fourth British studio album by the Rolling Stones. It was issued in the United States in June 1966 by London Records as the group’s sixth American album. The album is considered an artistic breakthrough for the band: it is the first to consist entirely of Mick Jagger–Keith Richards compositions, while Brian Jones played a variety of instruments not usually associated with their music, including sitar, Appalachian dulcimer, marimbas and Japanese koto, as well as guitar, harmonica and keyboards, though much of the music is still rooted in Chicago electric blues. It was the first Rolling Stones album to be recorded entirely in the US, at the RCA Studios in California, and their first album released in true stereo. It is also one of the earliest rock albums to eclipse the 50-minute mark, and contains one of the earliest rock songs to eclipse the 10-minute mark (“Goin’ Home”).