The Residents – The Vinyl Collection

Posted by Green on November 4, 2020
in experimental, rock
as The Residents 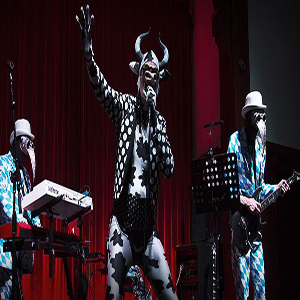 The Residents are an American art collective best known for their avant-garde music and multimedia works. Since their first official release, Meet the Residents (1974), the group has released over sixty albums, numerous music videos and short films, three CD-ROM projects, and ten DVDs. They have undertaken seven major world tours and scored multiple films. Pioneers in exploring the potential of CD-ROM and similar technologies, the Residents have won several awards for their multimedia projects. Ralph Records, a record label focusing on avant-garde music, was started by the band in 1972.