Posted by Green on June 5, 2020
in alternative rock
as The Replecaments 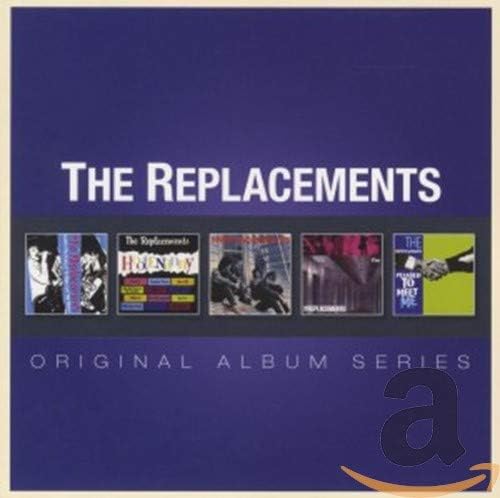 Garage punk band The Replacements were wild and free, and their reliable drunkenness and boisterous stage presence was memorable enough to build a strong fan-base. The band was at its most rowdy with the first album, Sorry Ma, Forgot to Take Out The Trash! (1981), after which they gradually became more commercial. Hootenanny was the breakthrough release for the band, followed by the albums Let It Be and Tim, the latter of which was ranked on Rolling Stone’s list of the 500 Greatest Albums of All Time – proving the band were an influence to many alternative acts to come. The first five full-length albums by The Replacements as seen in this collection show the band’s progression from the chaotic noise of ‘I Bought A Headache’ on Sorry Ma… to the cocktail jazz of ‘Nightclub Jitters’ on the band’s fifth album, Pleased To Meet Me (1987).