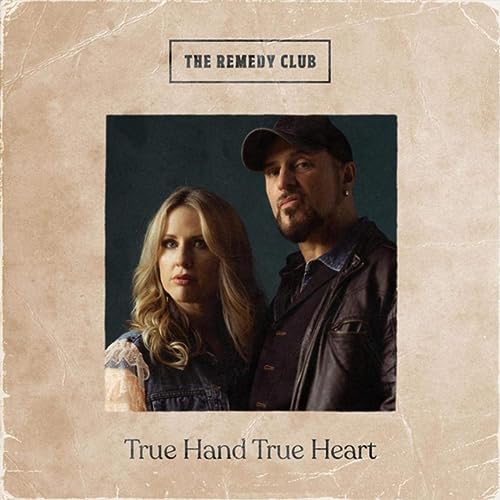 The Remedy Club, the Irish husband-and-wife Americana/Roots duo comprising KJ McEvoy and Aileen Mythen have been described as ”a classic, rich and wholly authentic country-roots sound with vocals to die for” (FATEA MAGAZINE, UK) with ‘delicious harmonies and nimble guitar playing’ (MUSIC JOURNALIST JACKIE HAYDEN). McEvoy has been singled out for praise as a guitar player of great expressiveness and technical aplomb and Mythen for her stunning vocal performances.

Their new album True Hand True Heart was recorded in Room and Board studios, Nashville and produced by 5 time Grammy award winning producer Ray Kennedy (Steve Earle, Lucinda Williams, Willie Nelson and Emmylou Harris). It hosts an array of musical legends including Lex Price on bass (Neko Case, KD Lang), Lynn Williams on drums (The Wallflowers) and multi instrumentalist and Rodney Crowell’s go to player, Rory Hoffman. They describe the recording of the new album and working alongside producer Ray Kennedy as ‘a completely immersive and creatively fulfilling experience’. There are many themes covered in the album including ‘love, loss and a longing for unity and peace in place of division and building walls between us. Ultimately the songs are about humanity’s compassion and kindness over power and greed and finding that connection with ourselves and others.’