The Mighty Gordinis – Sounds from a Distant Galaxy (2021)

Posted by Green on October 10, 2021
in alternative rock
as The Mighty Gordinis 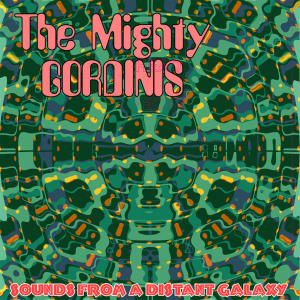 „Sounds From A Distant Galaxy“ reflects their new musical expansion of influences, exploring some grounds they never dared to go to before: they incorporated some kraut rock elements („Five Miles South of Mumbai“), some dub sounds („Grabuge A Khartoum“), some spy movie soundtracks („There Is No Such Thing As A Former KGB Man“) and even some cool groovy influences à la Acid Jazz, be it Corduroy or Mother Earth („Gun Powder On Your Collar“) – anything to keep them away from the traditional surf sound.
That being said, they did include a couple of classic surf tracks like „Jaguar Hunters And Headshrinkers“ or the cover of „Shockwave“ (original by ZORBA & THE GREEKS).
So this album, limited to 300 copies of colored vinyl only, displays a very large palette of sounds made for the never ending listening pleasure of the broad minded groovy people.