Posted by Green on December 14, 2020
in alternative rock
as The House Of Love 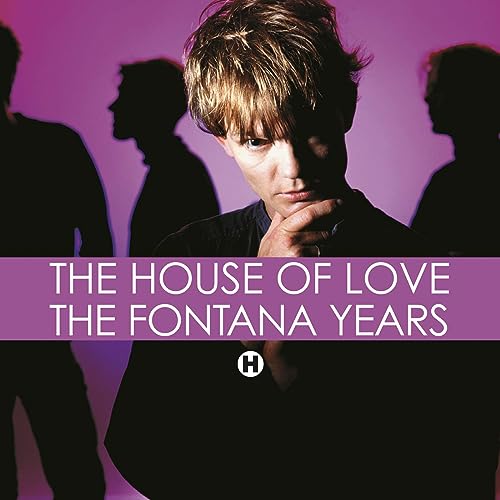 The Fontana Years is four discs 1990’s The House of Love (the “butterfly” album) and A Spy in the House of Love, 1992’s Babe Rainbow, and 1994’s Audience With the Mind whittled down to two, with some spare B-sides sprinkled around. Quite possibly slapped together as a reaction to the reignited Rev-Ola label the source of 2003/2004-released compilations from several of the House of Love’s old Creation label mates, such as the Jasmine Minks, the Weather Prophets, and Biff Bang Pow! its only saving grace is the single-disc price. Though the years covered here weren’t the House of Love’s best, they are deserving of better treatment, especially since some key album cuts (“Hannah,” “Feel”) are left out of the mix, and there isn’t enough room for all of the B-sides. One thing that every prospective purchaser in the U.S. should consider: the four discs that this set draws from can be swooped up in one shot at your average used shop for roughly the same cost; you can find any one of them for a couple bucks apiece. Diehards remain in need of a thorough B-sides compilation from these years some are probably still stinging from having to hunt down all those multi-format singles for the elusive non-album tracks.