Posted by Green on February 29, 2020
in alternative rock
as The Go-Betweens 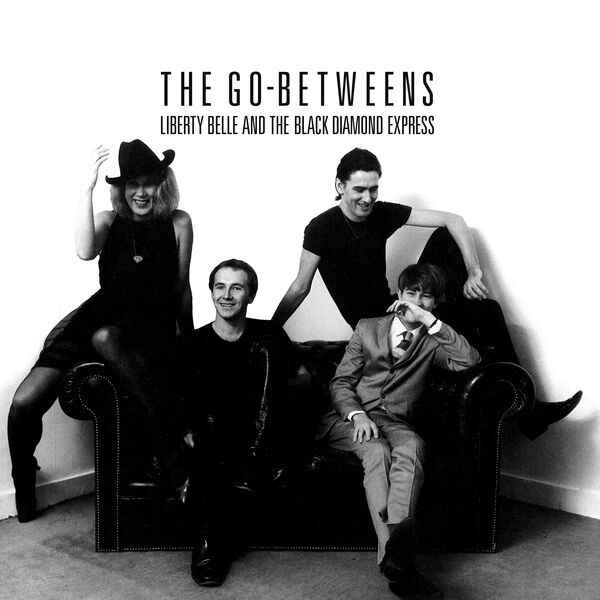 Robert Forster’s endearingly fey persona, equal parts Bryan Ferry and gangly bookstore clerk, reaches full flower on the Go-Betweens’ fourth album, which tempers the angularity and occasional claustrophobia of the band’s previous work with a new airiness and nervous romanticism. The lighter sound can be partly attributed to the growing influence of co-leader Grant McLennan, whose wistful “Cattle and Cane” and “Bachelor Kisses” lent grace to the Go-Betweens’ sometimes stilted early records. McLennan’s touch is all over Liberty Belle and the Black Diamond Express — his “In the Core of a Flame,” a love song that manages to be at once tenderhearted and impatient, is a highlight — but this is still mostly Forster’s show, and as such is a revelation. The merry, pastoral opener “Spring Rain” serves as notice that this will be a less dour affair than usual, yet, rather than negating Forster’s pained, self-doubting lyrics, the comparatively gentle songs set them off beautifully. “You opened my mail apart at the seams/and now you know I live beyond my means,” he sings at the outset of the swaying “Bow Down,” and the prettiness of the melody makes him sound all the more uneasy. Other highlights include the sublime “Head Full of Steam,” a tale of infatuation so strong that Forster breathlessly reports what his beloved’s parents do for a living before realizing that such trivia is probably “of no importance at all” to anyone but him (which doesn’t stop him from blurting out just a few lines later the earth-shattering news that neither he nor his object of desire have ever had a nickname). Protestations aside, the urgency in his voice makes it clear that the minutiae of love matter very much indeed, and anyone who’s been there will sympathize. Liberty Belle is by no means free of the old Go-Betweens edge (the brooding “Twin Layers of Lightning” is proof of that), but it is the pervading warmth and rueful humor of this release that make it so accessible and such a delight.