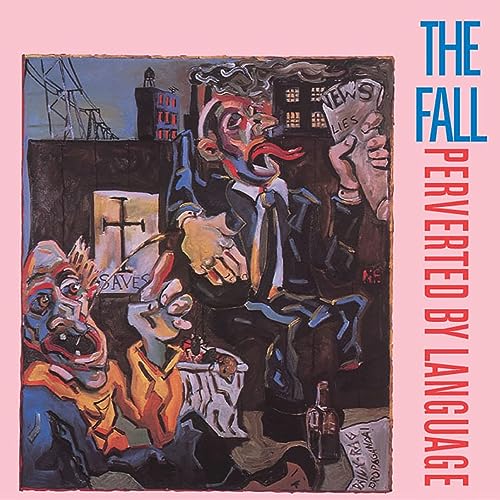 Punk may have been the initial spark for the Fall, but by 1983 they had made it clear that whatever trend was next was not for them. Brix Smith made her debut with the band on Perverted by Language, helping to introduce the slightly more pop-friendly era of the group with another fine album. She takes lead vocals at various points throughout, notably “Hotel Bloedel,” while her husband plays violin and adds extra spoken word thoughts along the way. The hints of strange beauty that the Fall can sometimes let into its world appear here more than once whether it’s Brix’s influence or not isn’t clear, and why not? “Garden” still hits hard while using a softer chime at its heart, while “Hexen Definitive” is almost a country (and western) stroll. Even for all the slightly more accessible touches for a wider audience, the Fall remain the Fall. “Smile” shows the band’s abilities at tense audio drama excellently, a relentless, steady build with the Steve and Paul Hanley and Karl Burns rhythm section leading the way, winding up to a total explosion that never comes. Smith’s increasingly frenetic vocals match the looming dread of the track to a T. “Neighbourhood of Infinity,” notable for its appearance on Palace of Swords Reversed, crops up here in a studio take, again a sequel of sorts to “The Man Whose Head Expanded.” Musically it hits its own stride, another of the many motorik-tinged tunes that helped give the Fall its own particular edge (“I Feel Voxish” also fills that bill, and quite well at that). “Eat Y’Self Fitter,” touching on everything from meeting heroes (maybe) to returning late rental videos, makes for a great start to things, an endlessly cycling rockabilly chug with extra keyboard oddities and sudden music-less exchanges for the chorus.