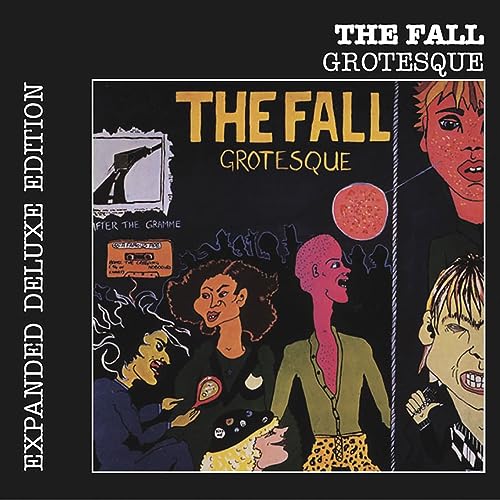 Kicking off with the thrilling bite of “Pay Your Rates,” on Grotesque, the Fall really started hitting its stride, with Marc Riley and Craig Scanlon now a devastatingly effective combination, somehow managing to sound exactly placed between random sloppiness and perfect precision. The sharp rockabilly leads and random art rock racket thrived on both counts, with Smith as always the mad jester ripping into anything and everything while having a great time doing so. The final song of the album was especially fierce “The N.W.R.A.,” short for “the north will rise again,” Smith’s own take on the long-standing “soft south/grim north” dichotomy in English society given extremely bitter life. Throughout the record, a slew of really good producers keep an eye on things besides the band themselves, there are Grant Showbiz, Geoff Travis, and Mayo Thompson all contributing. The end result is crisp without being polished, rough while packing its own smart punch (though “W. M. C.-Blob 59” intentionally sounds like it was recorded eight rooms over). Some nice variety starts appearing more and more in the Fall approach as well “C’n’C-s Mithering,” a brilliant vivisection of California and its record business, and the attendant perception of the Fall themselves, relies on acoustic guitars instead of electric, creating an understated but still great groove. “Impression of J. Temperance” fits more immediately with what had come before, but the martial drums from Paul Hanley and Riley’s freaky keyboards create some crazy atmospheres. Of course, Smith sends everything over the top, whether it’s his rant about governments, dead neighbors, and scandals on the hilarious romp “New Face in Hell” or “In the Park.” As a side note, the hilarious music scene caricatures on the front cover and wind-up liner notes add just the right level of acidic wit to the proceedings.