Posted by Green on August 24, 2018
in americana, folk-rock
as The Devil Makes Three 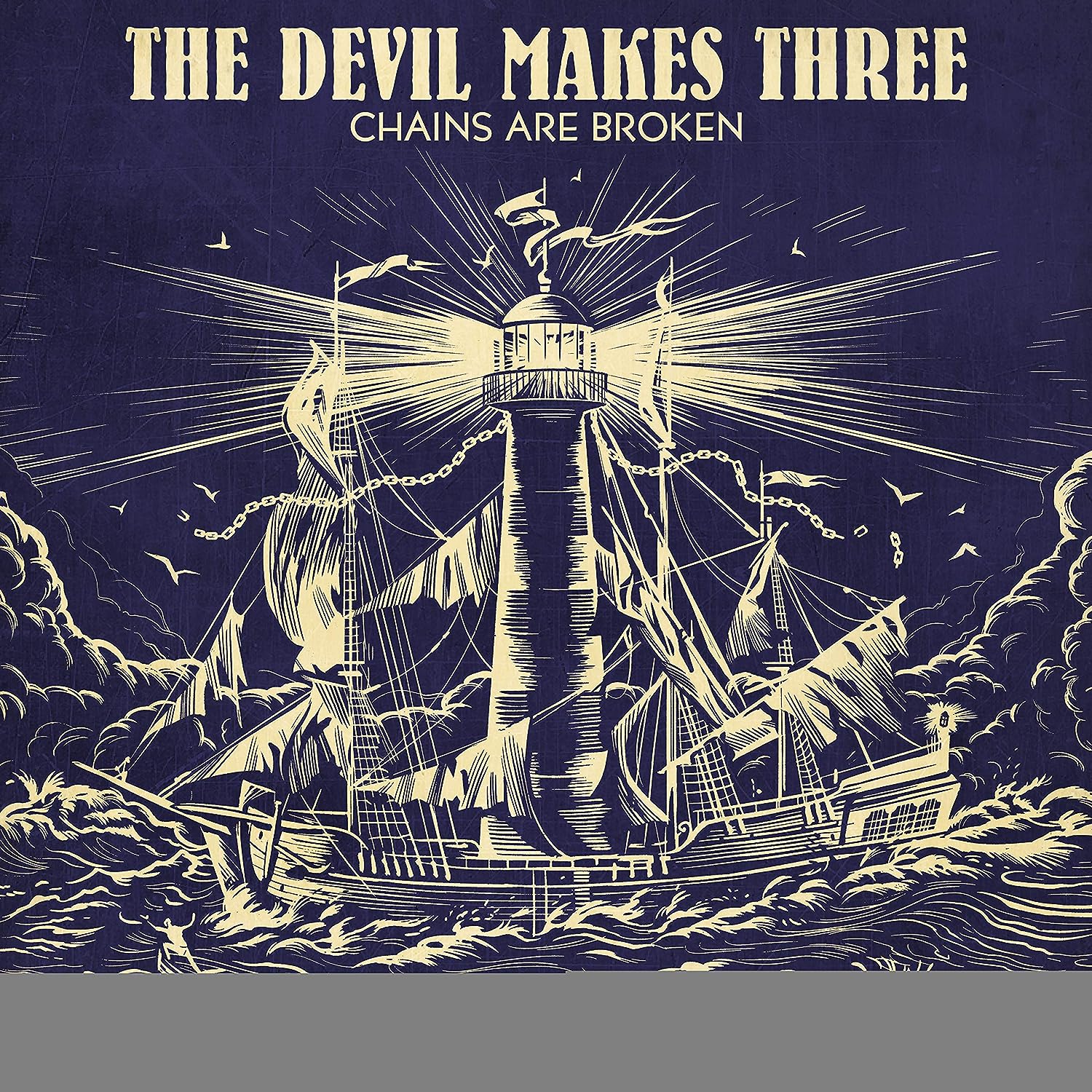 For more than a decade, California trio the Devil Makes Three made do with two guitars and an upright bass, expanding their lineup as needed for the band’s raucous live shows. On Chains Are Broken, the group brings their touring drummer, Stefan Amidon, into the studio for an uptempo, energetic set of modern bluegrass and country. While the band’s bread and butter is forward-leaning stompers like “Pray for Rain” and “Need to Lose,” even when the proceedings slow down on the shuffling, twangy “All Is Quiet,” the band maintains a sense of direction, haunting though it may be.

“The theme of the album is the creative process and how it can be desperately lonely as well as rewarding,” wrote singer and guitarist Pete Bernhard. “Being creative often means being out of the mainstream or norm, but not everyone can survive living on the outskirts of society. Some turn to drugs and alcohol; many creative people struggle with depression and self doubt. This album tries to shed some light into these dark corners, but it’s still hopeful, because the work that comes out of these brave souls, even those who don’t ultimately survive, lives on forever and hopefully enriches everyone.”