Posted by on September 28, 2015
in indie
as The Clientele 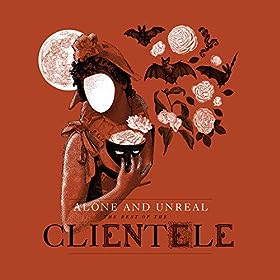 While that label really is rather ill fitting, the career-spanning retrospective ‘Alone and Unreal: The Best of the Clientele’ serves as a potent reminder of just how discreetly revelatory the group’s primary method of operation has always been. Generally, the music collected here expands upon the moodier, more ethereal side of ’60s psych-pop greats (The Beatles, The Kinks, The Zombies, Love, etc.). By honing in on the arcane aspects of their unimpeachable influences, The Clientele arrived at a sound that remains deeply comforting in its familiarity yet continuously engrossing because of its manifold mysteries. Though it could be argued that this hypnotic band was in some ways the product of a post-slowcore/shoegaze era, their output retains a kind of purity because it was largely undiluted by indie norms of the ’90s and 2000s.