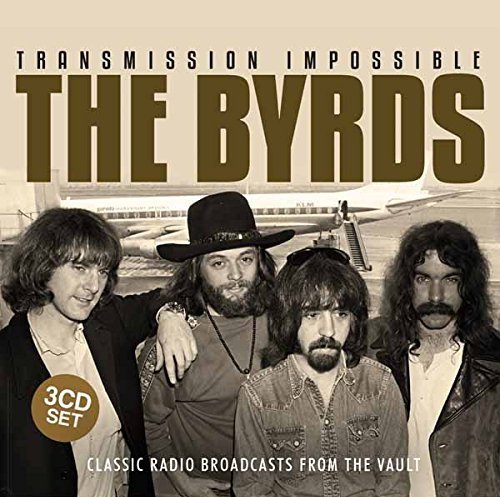 3CD SET PROVIDING AN EXCELLENT SHOWCASE OF THE BYRDS LIVE WORK DURING THE LATE 60s/EARLY 70s Featuring three full length FM Radio Broadcasts of performances by different incarnations of The Byrds, in 1968, 1973 and 1978 (albeit by then billed as McGuinn, Clark and Hillman) this boxed set provides an excellent showcase of this ever-changing groups live work during the decade that immediately followed their pop career in the earlier part of the 1960s. The first show featured, from the Avalon Ballroom in San Francisco in November 1968, was performed at a time of great change and uncertainty. Gram Parsons, who had joined a faltering line up in early 68, had departed prior to a disastrous tour of South Africa for which McGuinn notably had received much criticism. By September 1971, when the performance on the second disc of this set was transmitted, the only further change in line-up had been the replacement of John York – who had been asked to leave in September 1969 – with session bassist Skip Battin. Requiem for the Timeless, is the often overlooked McGuinn, Hillman & Clark project of 1978/79. The album they recorded together was lacklustre and featured an irritating disco-ish backing, but the live shows were magnificent. And at one-such hosted by The Boarding House venue in San Francisco on February 9th 1978, those present were treated to four original members for the price of three when David Crosby showed up. Disc Three of this package features this legendary show in its entirety.