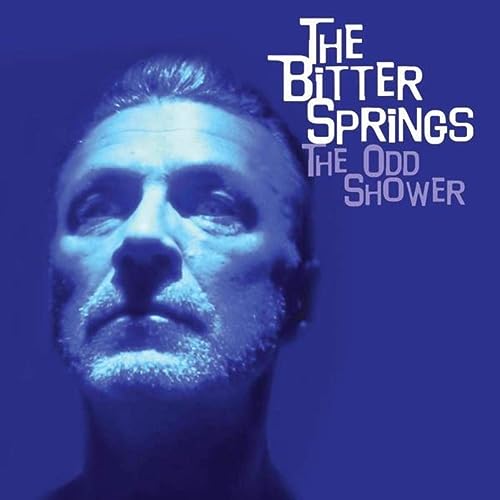 Despite two decades of recording history, The Bitter Springs have never had a full length vinyl release until now. The Odd Shower has been four years in the making, and is, unequivocally, the band’s finest work. Listeners will be dazzled by the consistency and peculiar brilliance of each and every track. As a label, we’re sometimes afforded the chance to get behind a release that’s more deserving of attention than albums by artists with much bigger profiles, and The Odd Shower is a prime example of such an occasion. Dismayed by the lack of attention to their earlier work, much of Simon and crew’s recent work was released only digitally. Rather than continue on that path, they redoubled their efforts to create an album which deserved their full treatment. A 7″ 45, Love Rat / Less Than Love preceded this album and some of the tracks hereon, but as infectious as that single was, it provides by sparing hints to the magnificent contents of the album. There’s a Postcard feel to the the the album – that bilious humour, a sarcastic sentimentality hovering in contrast to absurdist portraits of the modern age, and Vic Godard’s ever-present influence best explained by his newly enshrined position as the band’s organist. Their pugilistic yet literary sensibilities may be at odds, but they’ve allowed for the addictive electro-tango of Words Of Love , the bizarre social commentary / celebration / comedy of Girls In FITS (that’s ‘fighting in the streets’), the Fallish guitar and keyboard rant underlining Angry All The Time , and minimalist folk homily Mistakes, which self-reflects for barely a minute. It is a homespun masterpiece, and if its physical release is a surprise, the curious will be delighted to learn that five other songs from the sessions are included on a special (and limited) CD EP called Excretus In Completus . Two of these are from what might have the follow-up single to Love Rat , two others are songs which couldn’t be included on the album for reasons of running time, and we ve also added Vic Godard’s remix of The Addison Brothers , which Vic himself released as a very limited one-sided 7″, with original artwork from Mandy Prowse on the flipside.