Posted by Green on September 4, 2021
in americana, rock
as The Artisanals 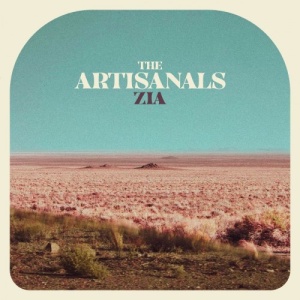 The Artisanals are frontman Johnny Delaware and his collaborator, guitarist Clay Houle, with bassist Eric Mixon and keyboardist Ian Klin, and they play heartland rock, melodic rock or similar and have named John Mellencamp, Tom Petty, George Harrison, and Jackson Browne as prime influences. They released their self-titled debut album in 2018, and at the time used the studio as an extra instrument. Johnny Delaware changed the approach when they went to Athens, Georgia, to record a collection of songs influenced by his experiences of the desert around Albuquerque, with the theme of resurrection and cycles, and with producer Drew Vandenberg, they recorded music that was more stripped down and upped the acoustic guitar quota for their second album, ‘Zia’.