Posted by Green on June 4, 2020
in americana
as Terri Hendrix 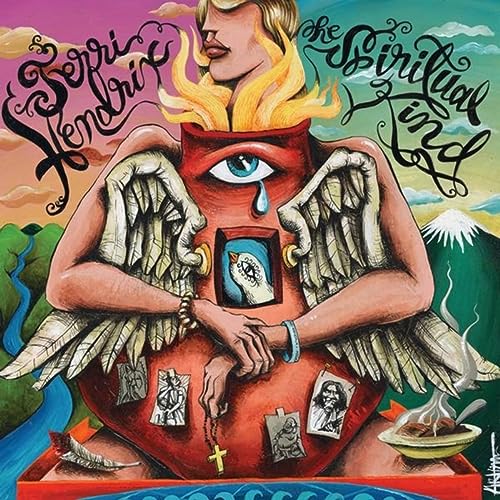 The highly influential grunge/Nirvana/Pearl Jam/Seattle explosion of the early ’90s not only made angst a primary ingredient of loud, heavily amplified, hard-rocking bands — it also had a major impact on the singer/songwriter field. Plenty of introspective singer/songwriters who emerged in the post-Nevermind world (both male and female) have thrived on a steady diet of angst, dissatisfaction, and anxiety even if they are surrounded by acoustic guitars, got their start in coffee houses, and don’t sound anything at all like Courtney Love or Eddie Vedder musically. But angst has not been a high priority for Terri Hendrix, who continues to see the glass as half full — or maybe even 65- or 70-percent full — on 2007’s The Spiritual Kind, which was produced by Lloyd Maines (father of the Dixie Chicks’ Natalie Maines). Optimism is not hard to find on this 45-minute CD; Hendrix’s overall optimism asserts itself on rootsy, good-natured folk-rock items such as “If I Had a Daughter,” “Life’s a Song,” and the title track. But that is not to say that Hendrix is oblivious to the problems of the world; the San Antonio native addresses racism on Jimmie Driftwood’s “What Is the Color of the Soul,” and sings about the victimization of Native Americans on “Jim Thorpe’s Blues.” Nonetheless, it is safe to say that The Spiritual Kind expresses more optimism than disappointment. Hendrix successfully detours into jazz territory on “Mood Swing” (a Hendrix original that incorporates part of Louis Prima’s “Sing, Sing, Sing”), but folk-rock (with a strong country influence) is the primary direction of The Spiritual Kind, which is a consistently engaging addition to Hendrix’s catalog.