First page of the Iggy and The Stooges archive.

Posted by Green on June 18, 2019 with 1 Comment
in garage, post-punk
as Iggy and The Stooges 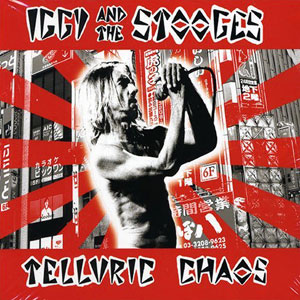 Posted by on April 23, 2013 with No Comments
in rock
as Iggy and The Stooges

The first studio album to bear the name ‘Iggy & The Stooges’ since Raw Power was released in 1973! Ready To Die finds Iggy Pop, guitarist James Williamson and drummer Scott “Rock Action” Asheton reunited for a full album of all-new material with Mike Watt filling in for the late Ron Asheton on bass. The results are the closest thing to a time capsule to 1973 – or at least to Iggy’s subsequent efforts with Williamson, including 1977’s Kill City and 1979’s New Values – that rock ‘n’ roll is likely to proffer in this millennium. The new album’s opening one-two of `Burn’ and `Sex & Money’ pair sublimely blunt and self-explanatory subject matter with back alley razor-blade guitars and a troglodytic rhythmic stomp as intensely single-minded as Iggy’s lyrical statements of intent. Elsewhere on the album, anthems abound in the form of the most dead-on rallying cry for the lower-working-class dispossessed to date–the succinctly and aptly titled `Job’ – as well as a title track that mixes a signature Iggy Pop mission statement of angry desperation with guitar pyrotechnics that recall those halcyon opening salvos of `Search & Destroy’.