Posted by Green on May 4, 2021 with No Comments
in blues
as Freddy King 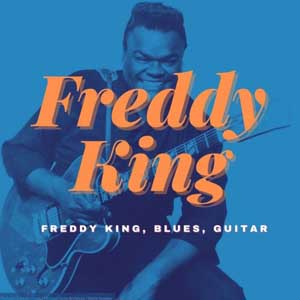 Posted by on April 27, 2016 with No Comments
in blues
as Freddy King

This special 2-CD collector’s edition contains 42 remastered studio tracks, including all of the fabulous early singles – both A- & B-sides – Freddy King made for Federal Records between 1960 and 1962. The set also includes King’s rare 1956 sides for the very small El-Bee label. This is the material upon which Freddy King’s legend was built. It marks one of the most important building blocks of the electric blues.