Posted by Green on November 23, 2018
in alternative rock
as Super Furry Animals 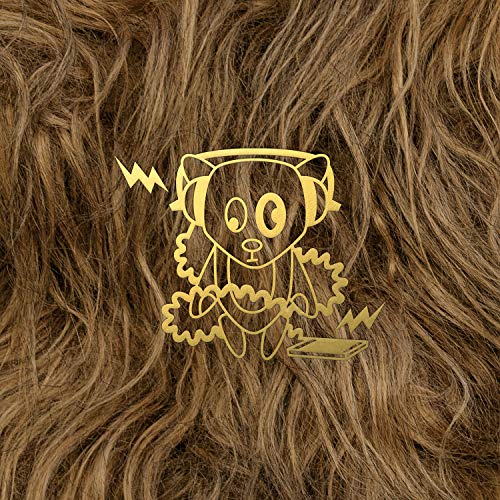 Remastered BBC session recordings of the legendary Super Furry Animals, covering their emergence in 1996 to the period of major label excess of the early noughties, are being released by the band in remastered form across a deluxe vinyl box set. Courtesy of Strangetown Records and released on Fri 23 November 2018, Super Furry Animals at the BBC covers eight rare sessions recorded especially for BBC Radio One, including one non-broadcast and unreleased song.

In an ongoing period of archival and re-evaluation, the Furries have worked side-by-side with the band’s curatorial collaborator, Kliph Scurlock and mastering maestro, Donal Whelan to restore recordings made for John Peel, Mark Radcliffe and Steve Lamacq and Jo Whiley’s Evening Session to pristine condition. In a collection beginning prior to the release of their debut album, Fuzzy Logic, the band’s adventures at the BBC open on April Fools’ Day 1996 with a visit to the, now demolished BBC Manchester studios for Radcliffe and Marc Riley’s Radio One ‘Graveyard Shift’, returning to London and the legendary Maida Vale studios just ten days later for their debut Evening Session recording. Their adventures continued to include three encounters with the late John Peel, including one session at his Peel Acres home in July 2001.

“We got to see some of his records,” Gruff Rhys explains in the accompanying text, telling Pinnock: “I think he’d had new foundations put in because the records were so heavy – he had thousands and thousands and thousands.” Drummer, Daf Ieuan recalled: “I remember Peel saying they had a swimming pool and it was named after whatever voiceover he’d done to get the money, something like the Twix Swimming Pool.”

The BBC sessions were performed in support of the releases of their first album and follow ups Radiator, Guerilla, Mwng and Rings Around the World with rare live versions, alternative takes and faithfully-performed favourites from each included in the collection.