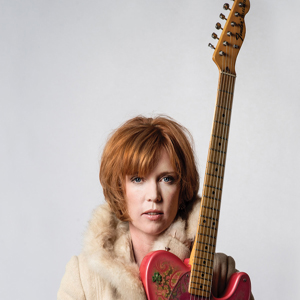 Sue Foley (born March 29, 1968)is a Canadian blues singer and guitarist.She learned to play guitar at age 13, became interested in blues music from listening to the Rolling Stones, and played her first gig at age 16. After high school graduation, she relocated to Vancouver where she formed The Sue Foley Band and toured Canada.