Posted by Green on November 17, 2019
in country
as Stonewall Jackson 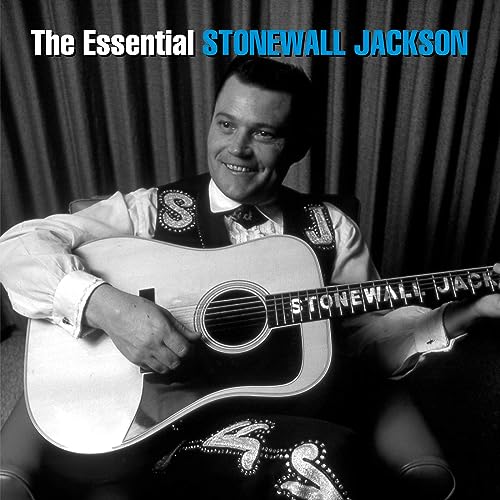 Stonewall Jackson was one of the most popular country stars of the early ’60s, scoring a string of Top Ten country hits and becoming a fixture at the Grand Ole Opry with a pleading voice that seemed to reflect his hard, often abusive upbringing on a south Georgia dirt farm. He was named after the Confederate general Thomas “Stonewall” Jackson, to whom he was related according to family legend. When he was ten he traded his bike for a guitar and began making up songs. Some of his later hits, such as “Don’t Be Angry,” were written very early in his creative life. Jackson began singing professionally in the mid-’50s, moving to Nashville in 1956. Within a few days of his arrival he delivered an unsolicited demonstration recording to the offices of the Acuff-Rose publishing house, and executive Wesley Rose heard his recorded singing and set up an audition for Jackson at the Grand Ole Opry. He became the first entertainer to join the Opry without a recording contract, performing first on the Opry’s Friday Night Frolics before his official debut. Backed by Ernest Tubb’s Texas Troubadours, he proved so popular that the audience demanded four encores.