Posted by Green on November 4, 2020
in americana, rock
as Steve Wynn 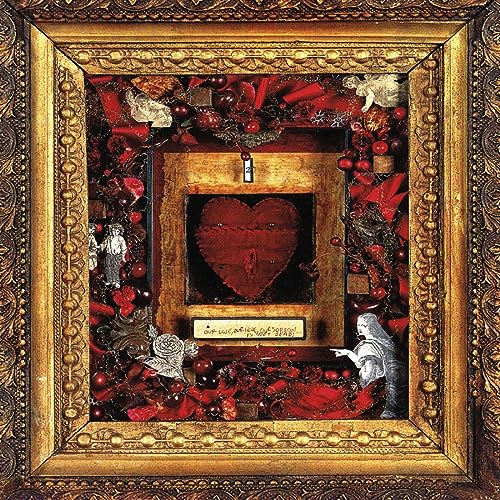 Out on his own since the 1989 breakup of highly influential paisley underground act the Dream Syndicate, Steve Wynn spent the 1990s pursuing a solo career. While 1991’s Dazzling Display found the singer incorporating both strings and horns into the mix, and 1994’s self-produced Fluorescent seemed at times to head for the country, Melting in the Dark is a stylistic regression of sorts. Back in the production seat, Wynn is joined by Boston’s Come for a batch of songs propelled by layers of gritty guitar rather than a delicate strum. The album announces its intentions from the opening snarl of “Why,” a near-rockabilly number with drummer Arthur Johnson pounding away at his kit beneath the clamor. A guitar solo opts for a series of fractured textures over a conventional melody. The set opener is followed by the icy pop of “Shelley’s Blues, Pt. 2” and the feedback trails and train-like rhythms of “What We Call Love.” Wynn’s admiration for Lou Reed and the Velvet Underground is made explicit on a handful of occasions. On both “The Angels” and “Silence Is Your Only Friend,” he even sounds like the man himself. The former could be an outtake from New York, Wynn adopting Reed’s dry, half-spoken/half-sung delivery, while the latter resembles the Velvets circa 1969. More often than not, however, such influences are better disguised and, as a result, more natural. The lack of tunefulness begins to wear as the album progresses, but otherwise the return to a stark, visceral, guitar-driven sound suited Wynn well.