Posted by Green on February 25, 2019
in rock
as Steve Miller Band 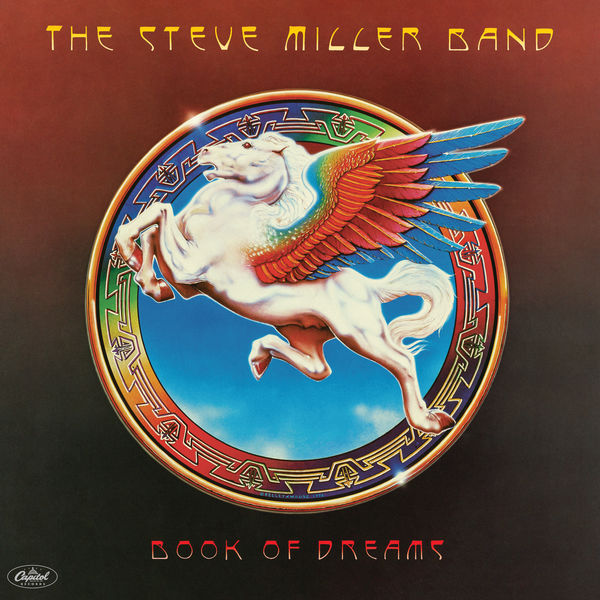 A recording artist since 1968, Miller made eight albums for Capitol, culminating with “The Joker”, before recording the multi-million selling “Fly Like An Eagle” in 1976.

In May 1977, Steve followed this up with the album “Book Of Dreams”, another multi-million seller all around the world. The album was recorded at the same sessions as “Fly Like An Eagle” and features the hit singles “Jet Airliner”, “Jungle Love” and “Swingtown”.

The album starts off with “Threshold”, a minute-long, pure synth-effect track which almost sounds like a distant air patrol alarm and acts as defacto into for “Jet Airliner” (in fact, most classic radio stations play these songs together). “Jet Airliner” was composed by Paul Pena for his album in 1973, but when that artist encountered label problems the album and song went unreleased. The song was presented to Miller by a former band mate and Miller developed it using a variation of Eric Clapton’s guitar riff on Cream’s version of “Crossroads”. This method of using a synth-heavy piece to introduce a proper song was commonplace with Miller during this era as he did the exact same thing to start off Fly Like An Eagle and uses this method again later on Book of Dreams with “Electro Lux Imbroglio” and “Sacrifice”.