Posted by Green on November 7, 2020
in alternative rock, Discography
as Sniff 'n' the Tears 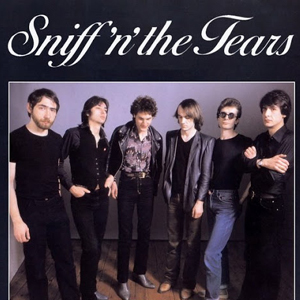 Sniff ‘n’ the Tears is a British rock band best known for their 1979 song “Driver’s Seat”, a hit in many countries (including No. 15 on the American Billboard Hot 100 chart). The exception was the UK itself where a problem with EMI’s pressing plant meant that the single was not available following the band’s appearance on Top of the Pops and it peaked just outside the Top 40.Sniff ‘n’ The Tears is led by singer/songwriter Paul Roberts, the band’s sole constant member. Roberts, a noted painter, is also responsible for painting all of the band’s album covers.