Posted by Green on March 6, 2020
in blues
as Sister Rosetta Tharpe 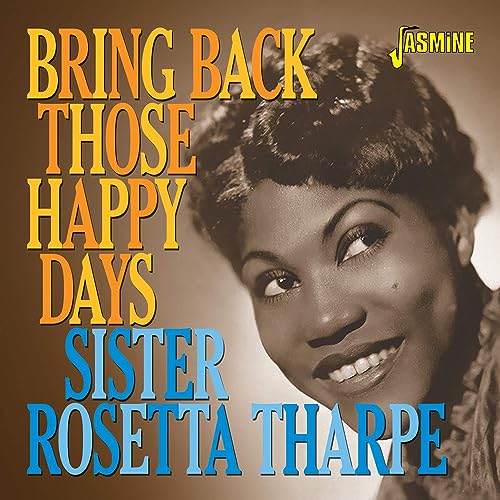 Inducted into the Rock and Roll Hall of Fame in 2018, Sister Rosetta Tharpe popularised gospel music to a new level of commercial acceptability during the 1930s and 1940s.

Contains 28 tracks providing an essential overview of her career. Presented here is everything that the gospel audience would expect in religious fervour and meaningful lyrics but because of her then unique style of guitar playing she had an appeal so great that it propelled her recordings into the emergent blues and r&b market.

Includes ‘Strange Things Happening Everyday’ which stormed to No 2 on the Billboard ‘Race’ charts, one of the first gospel recordings to achieve that feat. Other important tracks in this collection include ‘Down By The Riverside’ which the American Library of Congress registered in 2004 for its direct influence on early Rhythm & Blues music.