Posted by Green on October 18, 2020
in new wave
as Sigue Sigue Sputnik 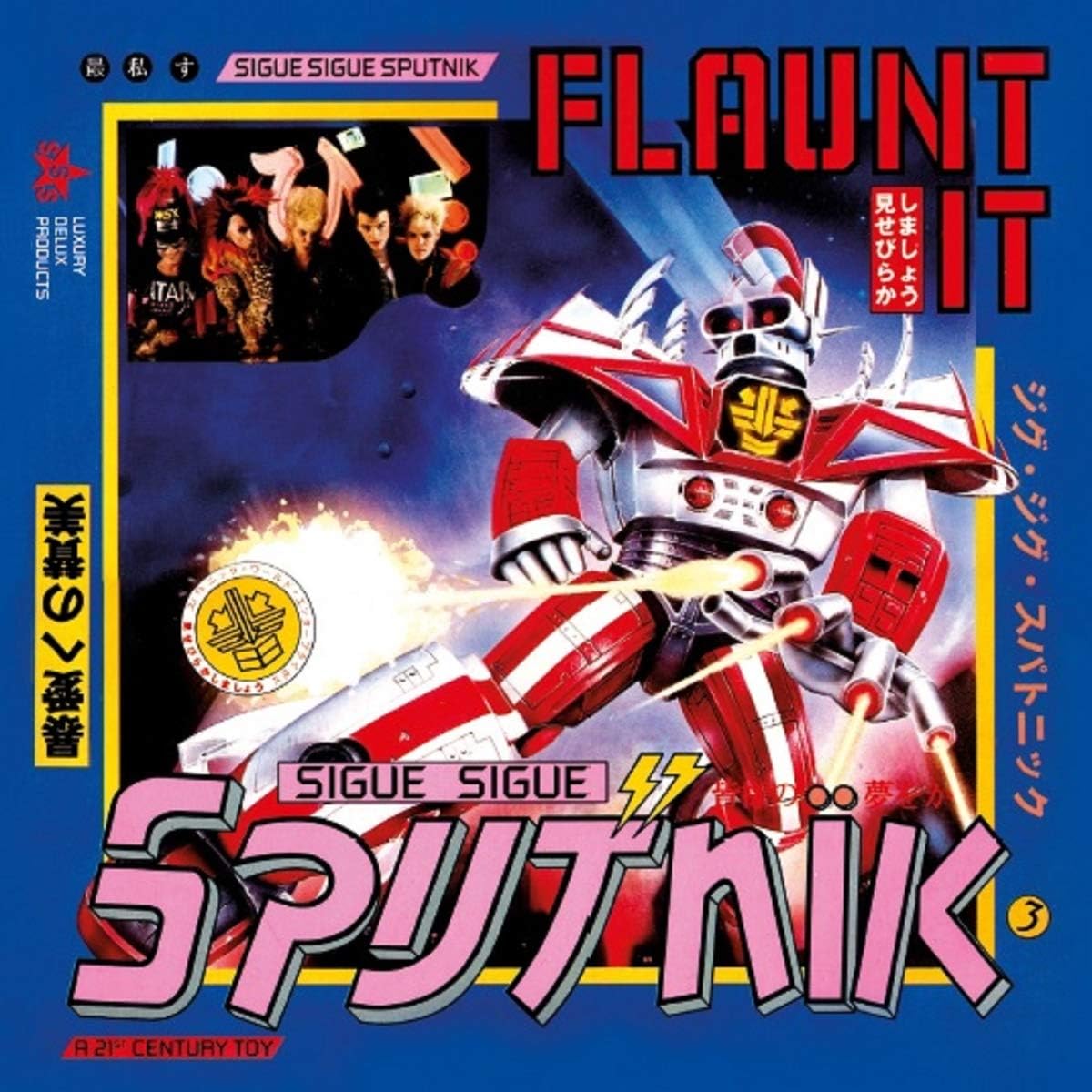 Deluxe 4CD set showcasing one of the most notable albums of the mid-1980s, and the phenomenon that surrounded it.

The Giorgio Moroder produced album, B-sides, remixes and rarities (including many never before on CD) PLUS A COMPLETE PREVIOUSLY UNRELEASED LIVE SHOW recorded at London’s Abbey Road Studios in front of an invited audience.

Material remastered from the original tapes.

In the mid-1980s, former Generation X founder Tony James pieced together a pop group like no other. Taking the greatest rock ‘n roll traditions and clichés and fusing them with a utopian vision of modernism, commercialism and the future, Sigue Sigue Sputnik brought together a previously unknown and inexperienced collection of would-be musicians and faces and turned them into the must-see band of the era. Under James’ strategic masterminding, Sputnik were hyped in the media before a note had been released, were courted by major labels and television stations, became regulars on London’s glittering social circuit and developed a reputation for chaos and grandiosity which appealed to the mainstream tabloid press as much as it did the music papers.

Working with studio legend Giorgio Moroder, the band crafted a club-oriented, electronic rock ‘n roll sound littered with immovable basslines, pop culture samples, familiar licks, self-glamorising lyrics and a futurist aesthetic. Marketing and advertising were warmly embraced – the album included paid-for adverts between tracks – and Sputnik resolutely insisted on their own brilliance, whether you liked it or not. THE ULTIMATE PRODUCT FROM THE ULTIMATE GROUP, they declared, and they weren’t far wrong.

This celebratory package brings together “Flaunt It” and its many remixes, B-sides and rarities, alongside a brilliant and chaotic live recording made at London’s Abbey Road Studios, providing the perfect counterpoint for the rule-bending studio manipulation found elsewhere. Sputnik’s star burned brightly, and their influence stretched into the late 1980s and 1990s as technology and globalisation

brought their crossover sound and bold visual aesthetic into the mainstream. This set is a must-have for fans of the band and 1980s pop culture, and for believers in a glittering future.