Posted by admin on February 25, 2019
in blues, rockabilly
as Siggi Fassl 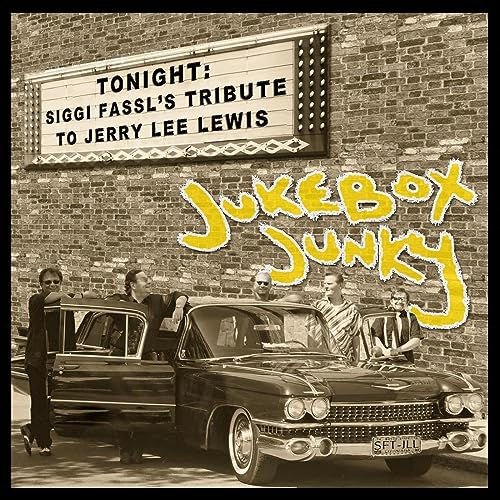 Originally planned as a one-time project on the occasion of Siggi’s father’s 60th birthday, the “Tribute to Jerry Lee Lewis” has evolved into a popular regular attraction.

Although paying tribute to one of the legends of rock’n’roll, all participating musicians come from the blues scene, except Robert Hacker, who played in the rockabilly band “Salty Dogz” for many years.

Charlie Furthner, Didi Mattersberger and Siggi Fassl are members of the “Mojo Blues Band”; Siggi and Michael Hudec can also be heard with “Hooked On Blues” who released their debut album “I Have To Stop” in 1993 on Wolf Records. All of them share a deep passion for rock’n’roll and country music of the 1950’s, and especially for the music of Jerry Lee Lewis.

Siggi Fassl, in particular, is “going back to his roots” with this album, because he grew up with the “Killers’” music and has remained a big fan of Jerry Lee Lewis to this day.

The five core musicians are supported on this album by Susanne Strauhs-Plattner (vocals), Martin “Gordon” Tichy (violin), both of whom played with Siggi in the country band “Kentucky Callin’” from 1993–1999, and by Oliver Gruen, one of Austria’s best lap steel guitarists.