Posted by Green on November 30, 2019
in british folk
as Shirley Collins & Davy Graham 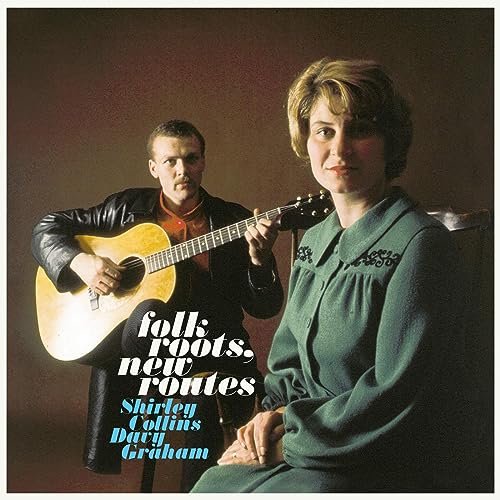 This pairing of one of British folk’s finest voices (Shirley Collins) with one of the country’s finest acoustic guitarists (Davey Graham) had a notable influence on the U.K. folk scene, although it eluded wide acclaim at the time. Collins’ rich, melancholy vocals were most likely an influence on Sandy Denny, Maddy Prior, and Jacqui McShee. Graham helped redefine the nature of folk accompaniment with his imaginative, rhythmic backing, which drew from jazz, blues, and a bit of Middle Eastern music as well as mainline British Isles folk. Performed with tasteful restraint and selected with imaginative eclecticism, the album also includes an instrumental showcase for Graham in “Rif Mountain,” which provides evidence of his clear influence on guitarists such as Bert Jansch and John Renbourn, and the acoustic style of Jimmy Page.