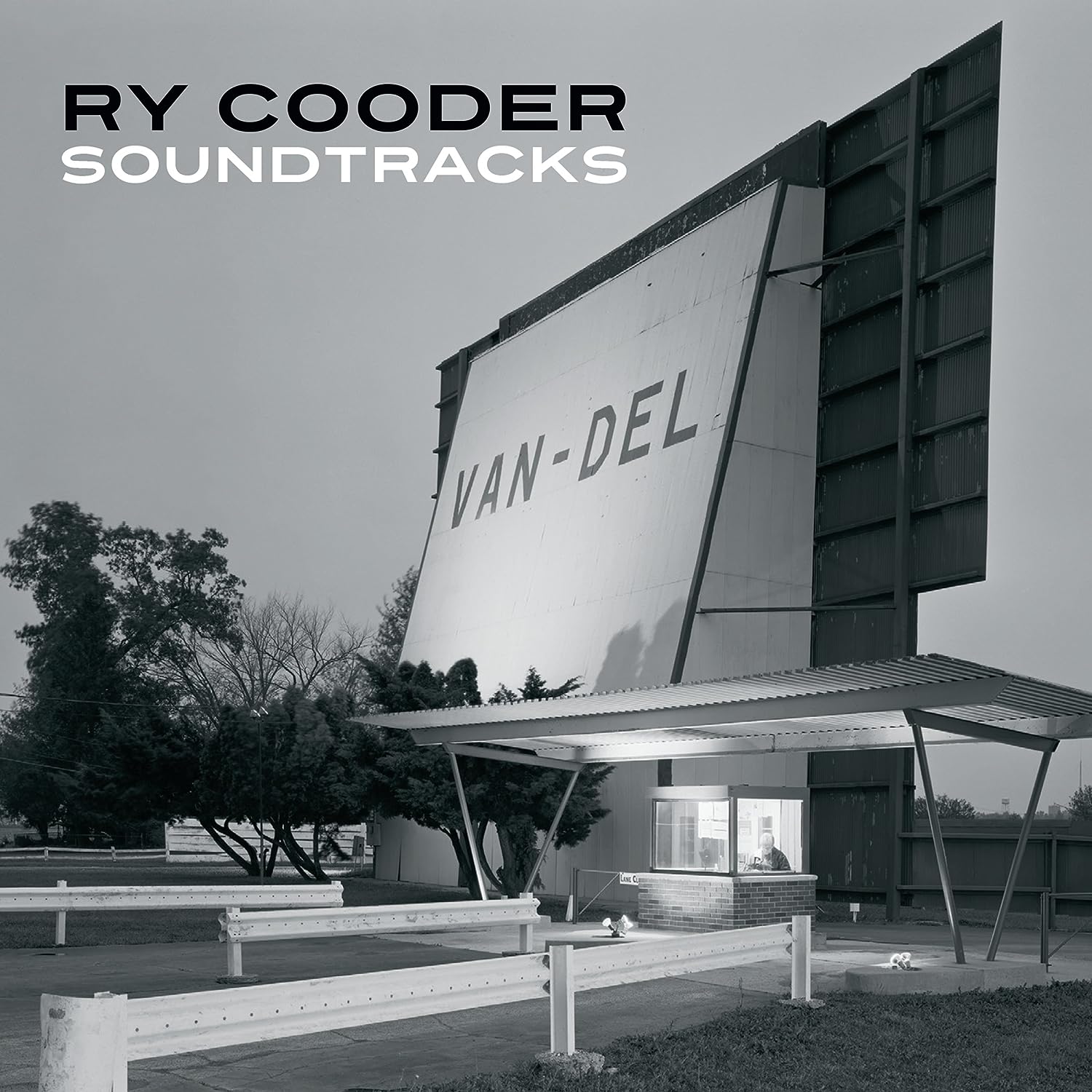 The music is presented in a clamshell box that features new artwork by Tornado Design, the group behind the distinctive look found on several of Cooder s recent studio albums, as well as Rhino s 2008 anthology, The UFO Has Landed.

After Cooder worked on soundtracks for Watermelon Man and Performance (starring Mick Jagger), he began producing soundtracks on his own. He started in 1980 with The Long Riders. It was the first of many soundtracks that Cooder would record for the film s director, Walter Hill. Many of them are included in this set: Crossroads, Johnny Handsome, Trespass, and Blue City, a film Hill produced.

Cooder enjoyed a prolific two-year period between 1985-86 when he reeled off more than half of the soundtracks in this collection, including Alamo Bay, Blue City, Crossroads, and Paris, Texas, the Wim Wenders film that won the prestigious Palme d Or in 1984 at the Cannes Film Festival.

The soundtracks vary widely in terms of style, even as the group of musicians who performed on them remained remarkably consistent. In fact, some combination of drummer Jim Keltner, Memphis legend Jim Dickinson, guitarist David Lindley, and composer Van Dyke Parks can be heard on every soundtrack included in this set. In addition to those core musicians, the albums also boasts some fantastic guest performances by Cesar Rosas and David Hidalgo of Los Lobos on Alamo Bay, keyboardist Benmont Tench of the Heartbreakers on Blue City, and harmonica player Sonny Terry on Crossroads.