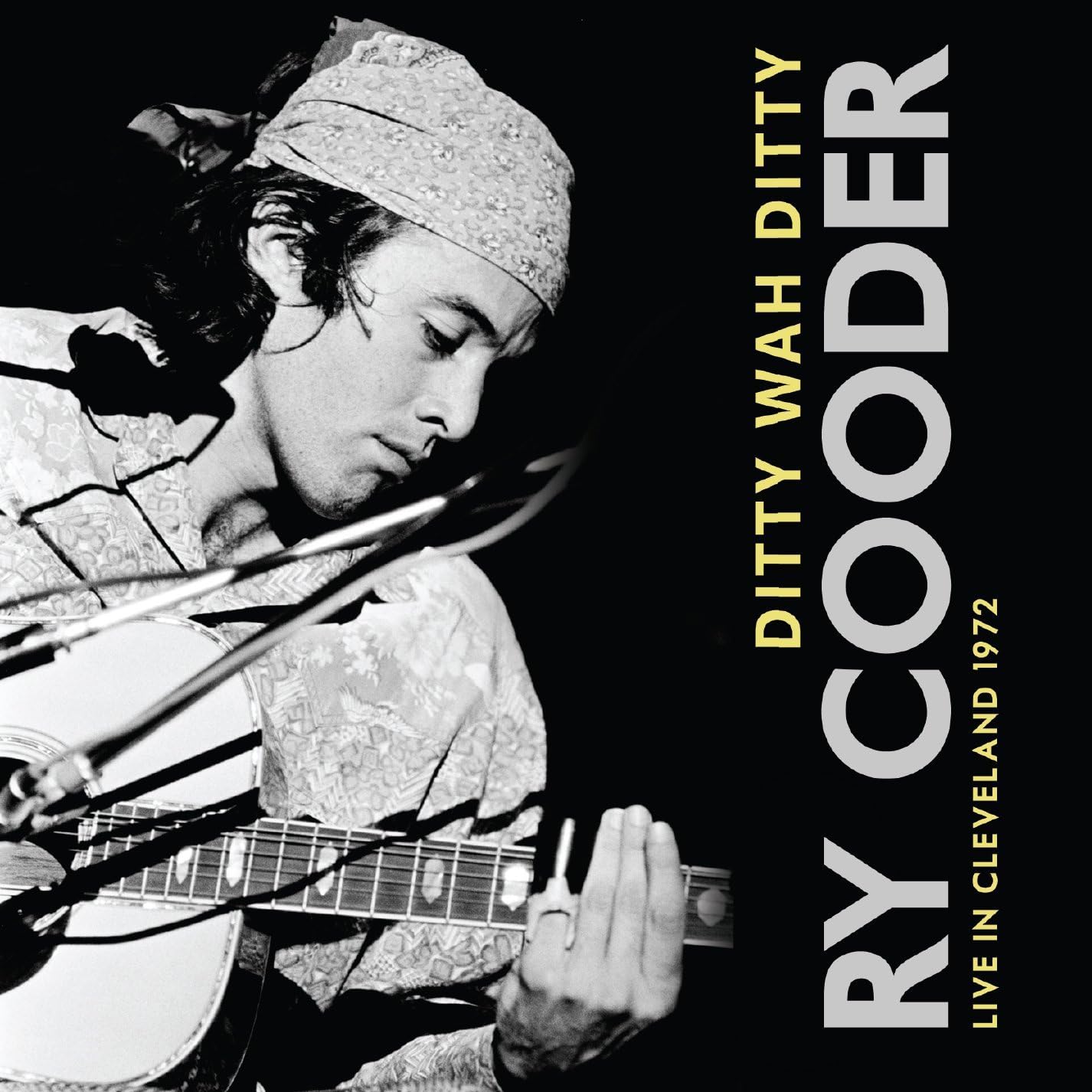 1972 ACOUSTIC PERFORMANCE FROM THE RADIO RANCH IN CLEVELAND, OHIO If you don t do Top 40 music cos of its obvious formula – whether it s good or bad, and there s good and there s bad – then you have to figure out a way to get people to where you are… It takes time… takes a helluva long time… So pronounces Ry Cooder at the beginning of this 1972 broadcast recording, and indeed had it not been for Ry s version of the old Elvis number Little Sister from 1979 s Bop Till You Drop and subsequent soundtracks for movies like Paris, Texas (1984), Cooder might never have reached a much bigger audience than he had at the time of this performance. That he had already made two marvelous solo albums and would release a further five before 79 was of no consequence – traditional and roots music was not in vogue in the 1970s. Cooder was exploring bygone musical genres at the time – blues, country, folk, ragtime, Tex-Mex, RnB, Rock n Roll et al – and found old-time recordings which he then personalised and updated. On his breakthrough album, released a few months before this gig, Into the Purple Valley, he chose unusual instrumentation and arrangements of blues, gospel, calypso, and country songs. Ry Cooder s love of the old time bluesmen such as Sleepy John Estes (best known for his composition Milk Cow Blues , also popularised by Presley) and Blind Willie Johnson is clear from the set list here, with three of Estes songs performed (including the otherwise unreleased Clean Up At Home ) and two of Johnson s. The cover of Blind Blake s Ditty Wah Ditty (or, as it was originally titled by Blake, Diddie Wah Diddie) should not be confused with Bo Diddley s Diddy Wah Diddy – they are different songs – although interestingly, the latter provided the A-side of Captain Beefheart & The Magic Band s first single; Ry Cooder joined as Magic Band arranger and guitarist shortly after the studio version was recorded and played the song live with the group on many occasions. This solo acoustic recording from Ry Cooder, in a radio studio and without an audience, illustrates perfectly where this maverick musician and consummate performer was at in 1972. With the educational and informative introductions given by Ry before many of the numbers – for the benefit of those listening at home and radio station personnel equally – alongside some of the very finest guitar playing you re ever likely to hear, this CD is a near perfect artifact of this era of Ry Cooder s career.