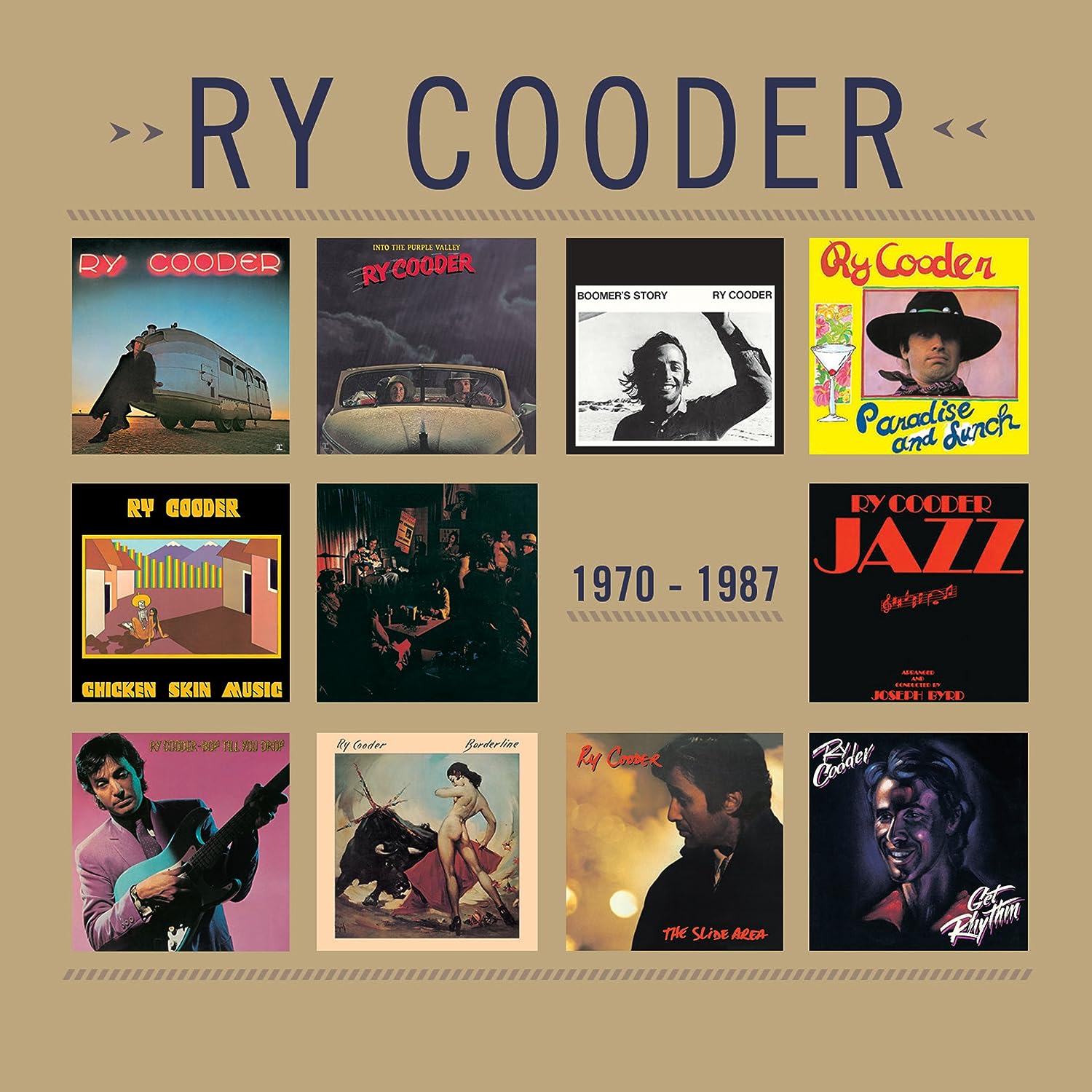 Famous for his slide guitar work, Ry Cooder has been highly ranked in both Rolling Stone magazine and Gibson s Greatest Guitarists of All Time polls. His talent has seen him collaborate with many noted musicians including Eric Clapton, The Rolling Stones, Van Morrison and Neil Young.

This neatly packaged box consists of 11 of Ry Cooder s albums from 1970 1987 in a compact boxset, including the first pop album digitally recorded for a major-label, Bop Till You Drop.