Posted by Green on December 31, 2017
in alternative rock
as Royal Trux 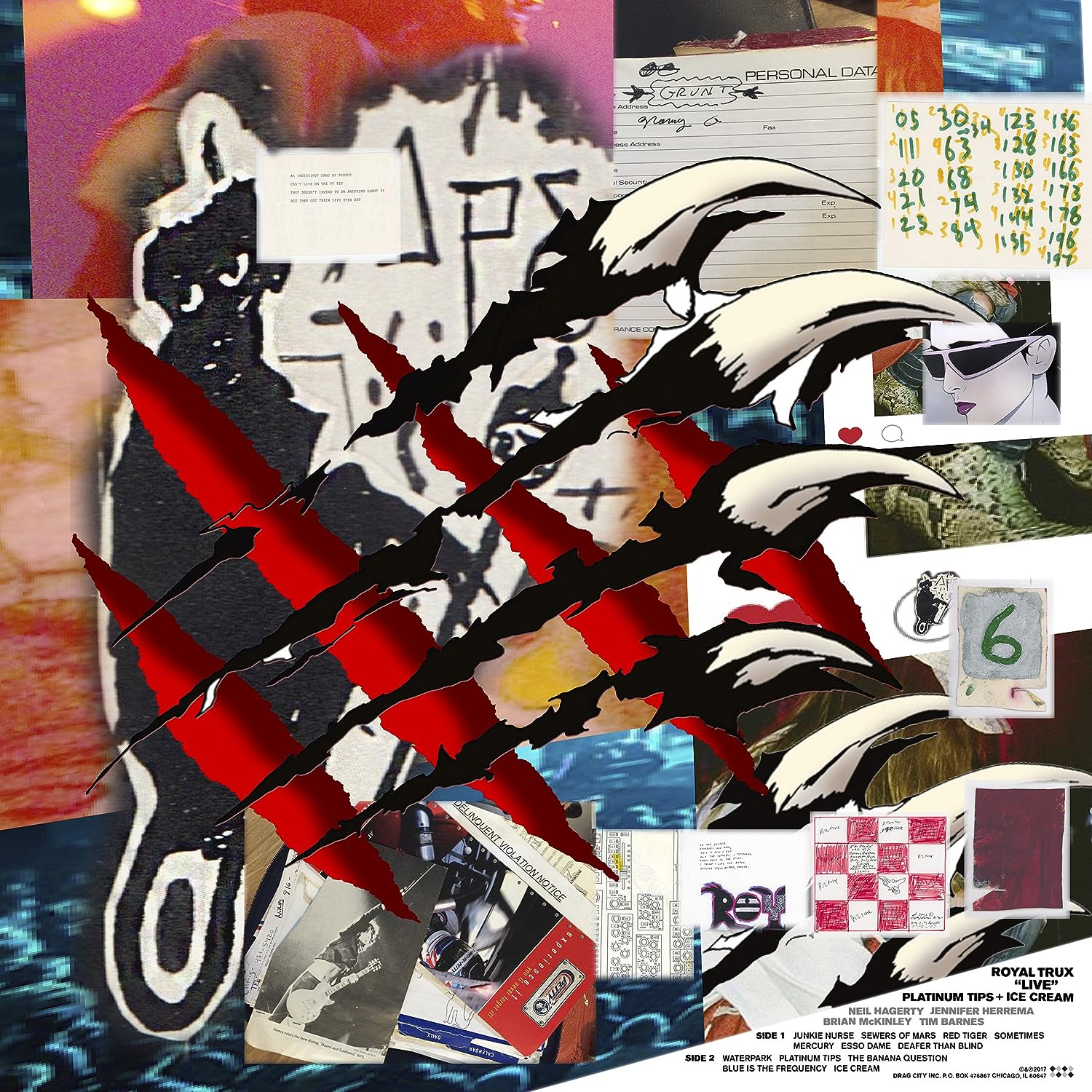 When long-dormant bands reunite, there’s a natural fear that they’ll be unable to recapture the essence of what they once were. But with Royal Trux, that’s not a worry, because that essence was in a perpetual state of flux. In the subterranean sandbox that was ‘90s indie rock, Neil Hagerty and Jennifer Herrema were like those weirdo kids who could flip their eyelids inside out—without warning, they could transform something benign into something grotesque. They would make overtures toward radio-ready boogie-rock one moment, and then expose its innards the next, peeling songs apart into a tangle of feedback, drum-machine spurts, and scrambled voices that sound like they’re coming from a shortwave radio caught between two stations.

Even at the height of ‘90s indie-rock reunions earlier this decade, a Royal Trux reboot seemed highly unlikely. Prior to splitting up at the turn of the millennium, Hagerty and Herrema weren’t just creative partners, but romantic ones, too, a facet that potentially adds a layer of complication to any reconciliation proceeding. And their interim pursuits couldn’t have been any more different: while Herrema has pushed Royal Trux’s sleaze-rock side into the digital age with Black Bananas and embraced her status as grand dame of the underground, Hagerty has decamped to Denver and turned his project the Howling Hex into the world’s strangest norteño band. Even when Hagerty deigned to revisit Royal Trux’s 1990 avant-rock touchstone Twin Infinitives for a full-album performance in 2012, he recruited a ringer to perform Herrema’s parts.

But if Royal Trux’s conspicuous absence from the reunion circuit seemed consistent with their non-conformist legacy, the only way to up that ante was to reunite once everyone had totally given up on the idea. Likewise, the duo’s first proper album in 17 years is a surprisingly practical gesture: Platinum Tips + Ice Cream is a career-spanning live album that connects the accessible and impenetrable extremes of the Trux discography into the same woofer-blowing frequency.